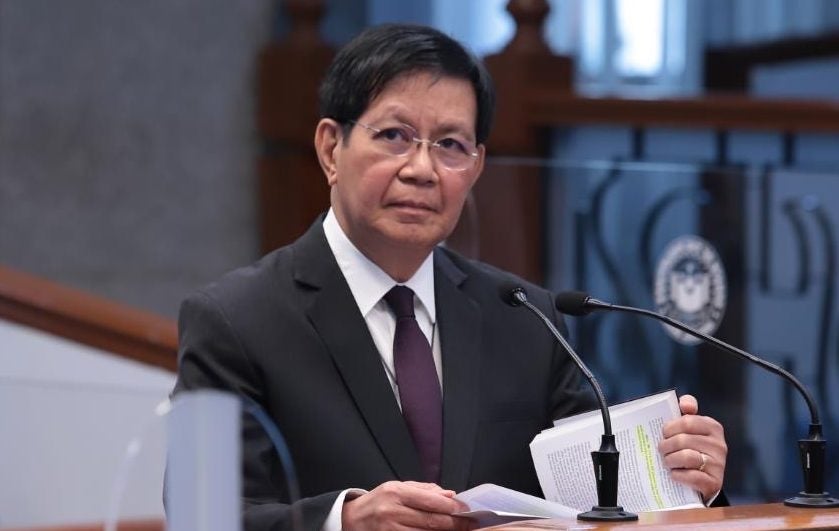 “Kudos to DFA (Department of Foreign Affairs) Secretary Teddy Boy Locsin for putting the Chinese Foreign Ministry spokesman in his place. Banning us from sending our military aircraft into airspace near Panatag Shoal surely deserves a strong rebuke,” Lacson, chair of the Senate national defense committee, said in a statement.

“I’m proud that our top foreign policy implementer did it. Indeed, it’s long in coming by way of a statement from our DFA secretary,” he added.

Earlier, the foreign affairs chief said he would “strongly” suggest the termination of contracts between the government and Chinese companies taking part in reclamation activities in the South China Sea.

Locsin’s pronouncement comes after the US announced that it will impose sanctions and restrictions on two dozen Chinese companies and associated officials over their involvement in the establishment of artificial islands in the disputed waters.

China recently called on the Philippines to stop “illegal provocations” in the South China Sea.

Lacson called this statement from China as a “display of arrogance.”

China has been pushing for its expansive claims in the South China Sea, including parts of the West Philippine Sea.

But in 2016, the Permanent Court of Arbitration at The Hague invalidated China’s so-called nine-dash line.

Beijing has repeatedly refused to recognize the ruling, continuing its aggression in the disputed waters and building artificial islands to house military facilities.