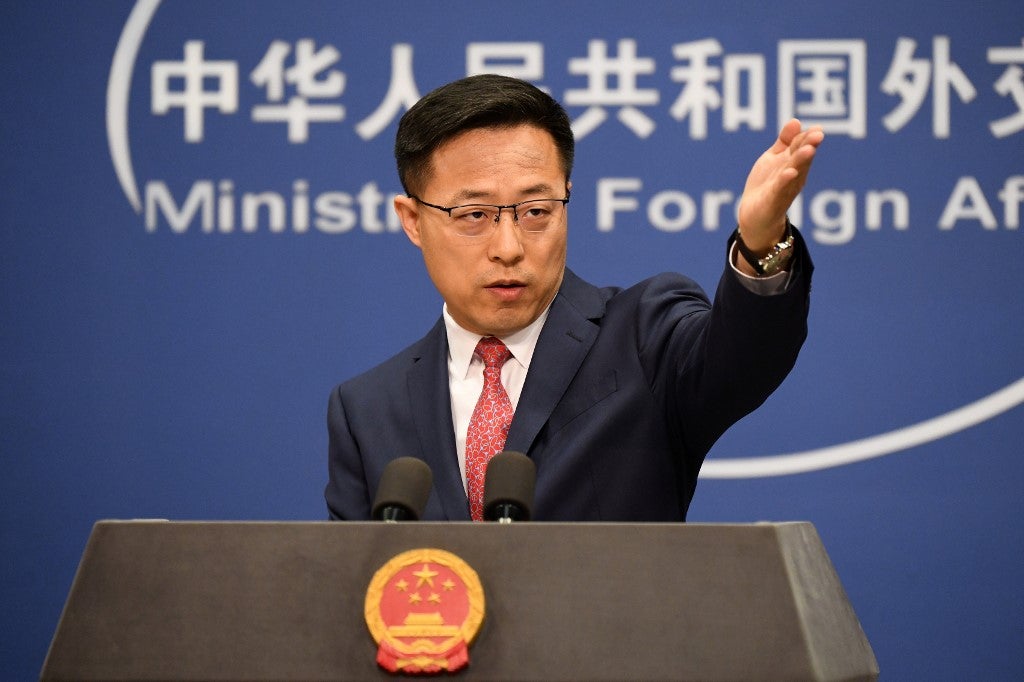 Foreign Ministry spokesman Zhao Lijian issued this remark after a reporter asked his reaction on the Department of Foreign Affairs’ filing of diplomatic protest against China over Chinese Coast Guard’s “illegal confiscation” of Filipino fishermen’s fish aggregating devices in a Philippine-claimed shoal off Zambales or Bajo de Masinloc.

“The Philippines infringes on China’s sovereignty and security by sending military aircraft into air space adjacent to Nansha islands and reefs garrisoned by China. China urges the Philippine side to immediately stop illegal provocations,” Lijian said during his regular press briefing on Friday.

“It is beyond reproach for China Coast Guard to conduct law enforcement in Huangyan Dao waters as it is a lawful practice,” the spokesman said.

The Scarborough shoal which is locally known as Panatag Shoal or Bajo de Masinloc is among Philippine-claimed territories in the West Philippine Sea. It is also being claimed by Chinese, saying it is within the nine-dash line map.

‘I will just see them in court’: Remulla tells PhilHealth execs after grilling on policies vs fraud