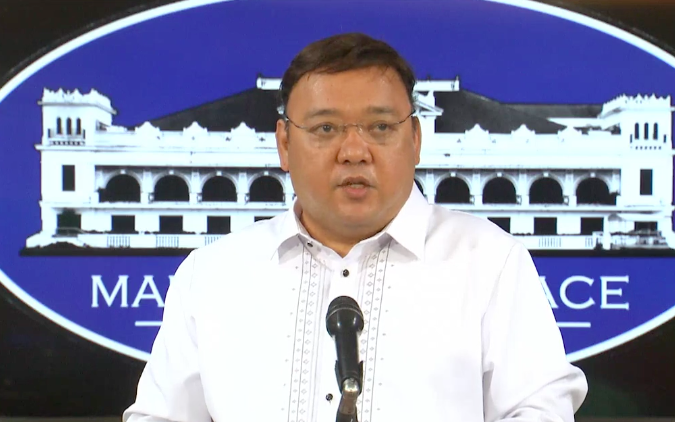 MANILA, Philippines — Malacañang is hoping that the United States and China will come to an understanding to peacefully resolve their rising military tension over the South China Sea dispute.

“We hope that both partners of the Philippines will be able to draw an understanding and resolve any and all issues between them amicably and peacefully,” Roque said.

“This outcome will help further enhance greater stability and security in the region.”

He added: “This is what is needed for the mutual benefit and interest of everyone in our region.”

In an apparent warning on Washington’s meddling in the territorial over the South China Sea, Beijing reportedly launched two missiles into the disputed on Wednesday (Aug. 26) during its naval exercises in the area.

But the US said it will maintain its presence in the disputed waters and expressed readiness to respond to any threats to its allies in the region.

Earlier, the US government announced sanctions and restrictions on 24 state-owned firms of China as well as associated officials for taking part in building artificial islands in the disputed waters.

These firms include China Communications Construction Co. Ltd. which, in a joint venture with Lucio Tan’s MacroAsia Corp., bagged the initial phase of the Sangley Point International Airport (SPIA) project in Cavite, a province south of Metro Manila.

Cavite Governor Jonvic Remulla said he would would seek President Rodrigo Duterte’s guidance on whether or not to go ahead with the project.

But Roque did not categorically answer whether or not the Duterte government will terminate the deal.

“The Chief Executive’s main consideration is what is best for the country’s Build, Build, Build program,” Roque said.

Foreign Affairs Secretary Teodoro Locsin, Jr. also said he would “strongly” recommend the termination of contracts between the Philippine government and companies involved in China’s reclamation activities in the South China Sea.

China has been pushing for its expansive claims in the South China Sea, refusing to recognize the 2016 ruling by the Permanent Court of Arbitration (PCA) which invalidated its ambitious nine-dash line feature which virtually owns the entire body of water.

Meanwhile, Duterte has chosen to shelve the PCA ruling in exchange for Chinese economic perks to help fund his administration’s infrastructure projects even as the Asian powerhouse continues its military activities within the Philippine territory.