Medialdea yet to receive Duterte’s instruction to terminate VFA 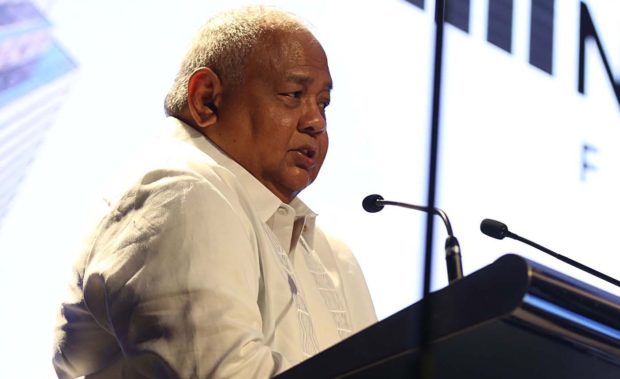 MANILA, Philippines — Executive Secretary Salvador Medialdea has yet to receive the official instruction of President Rodrigo Duterte to ask the Department of Foreign Affairs (DFA) to send the intention to the United States about the official termination of the Visiting Forces Agreement (VFA), Malacañang said Saturday.

This comes a day after it was reported that Medialdea already received the instruction from the Chief Executive.

Defense Secretary Delfin Lorenzana later clarified that the DFA Secretary Teodoro Locsin Jr. has not received any order, claiming it as fake news.

“What [Secretary Lorenzana] meant is [Executive SecretaryMedialdea] has yet to receive the instruction,” Palace spokesperson Salvador Panelo told reporters.

Panelo said that if the President has not given the instruction to Medialdea, it does not mean that what he previously shared was “untrue.”

“It only means [Medialdea] has not yet gotten the directive from [President Duterte],” the Palace spokesperson added.

In a separate text message, Medialdea affirmed Panelo’s statement, saying: “As of date I have not received any instruction to relay any message to anyone.”

Duterte previously said that he would scrap the VFA, an agreement between the US and Philippines that allows American troops to conduct military exercises in the country, after the US revoked the visa of Sen. Ronald “Bato” Dela Rosa.