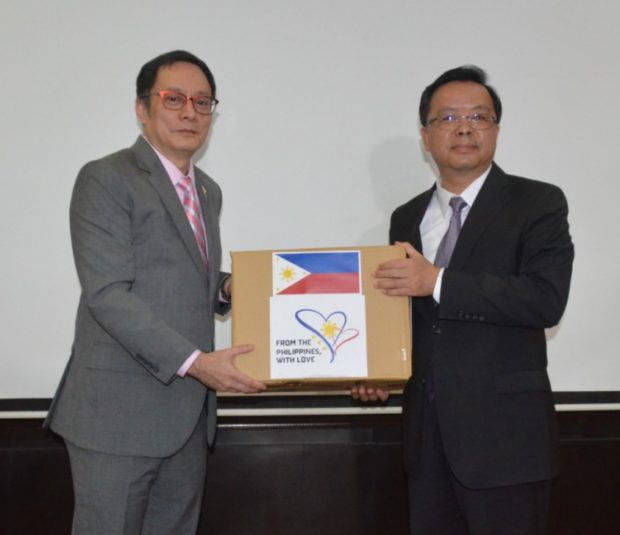 MANILA, Philippines — The Philippine government on Saturday handed over 52 boxes which contain relief items and care packages for the people of Hubei province in China, which has recorded 722 deaths so far because of the novel coronavirus.

Brigido Dulay, DFA Undersecretary for Civilian Security and Consular Concerns, said the donations were given to the citizens of Hubei province who continue to struggle against the deadly virus.

Dulay also extended the country’s deepest condolences to communities in China that have been affected by the deadly virus. At present, thousands have already been infected with the novel coronavirus that originated from Wuhan City in Hubei province.

“We come in solidarity and friendship amid the coronavirus outbreak. On behalf of our nation, we extend our sympathies to the bereaved. Together with our hope that the stricken and affected communities will recover,” Dulay said during the turnover ceremony which was held at the Clark Development Corporation Board Room in Pampanga.

During the turnover of the care packages, Huang Xilian, Chinese Ambassador to the Philippines expressed his gratitude to the international community for joining the battle against the virus and extending action to contain its spread.