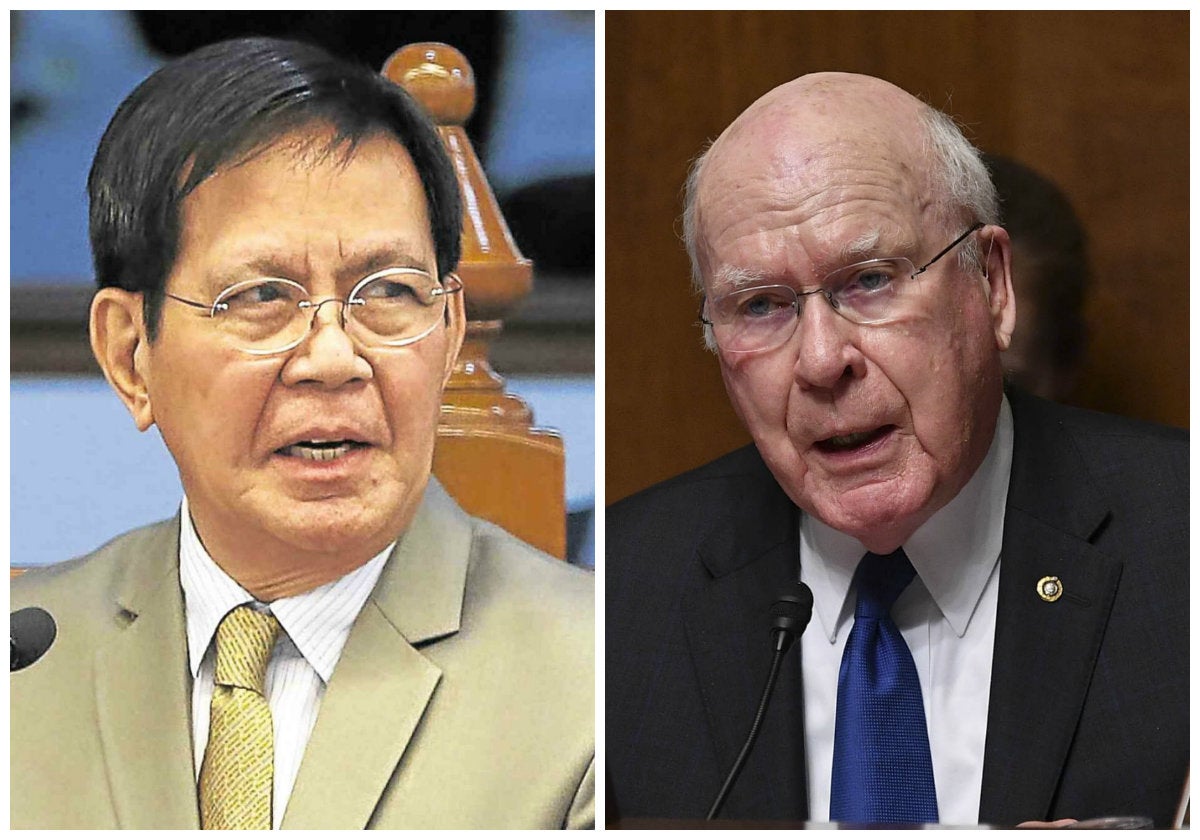 “NAKAKAPIKON KA NA (You’re getting on my nerves) MR. LEAHY! RESPECT OUR COURTS,” Lacson said over Twitter in response to the statement issued by US Senator Patrick Leahy.

NAKAKAPIKON KA NA MR. LEAHY! RESPECT OUR COURTS. OUR CRIMINAL JUSTICE SYSTEM MAY NOT BE PERFECT BUT SO ARE YOURS.

“OUR CRIMINAL JUSTICE SYSTEM MAY NOT BE PERFECT BUT SO ARE YOURS,” Lacson added.

Leahy, along with US Senator Richard Durbin, earlier introduced an amendment to the 2020 State and Foreign Operations Appropriations Bill seeking to disallow the US entry of Philippine officials proven to be behind the “wrongful imprisonment” of De Lima.

In an apparent retaliation to the said ban, President Rodrigo Duterte has ordered the Immigration to deny the entry of Leahy and Durbin into the Philippines, according to his spokesman and chief legal counsel.

“The President is immediately ordering the Bureau of Immigration to deny US Senators Dick Durbin and Patrick Leahy, the imperious, uninformed and gullible American legislators who introduced the subject provision in the US 2020 Budget, entry to the Philippines,” presidential spokesperson Salvador Panelo earlier said in a Palace briefing.

Responding to this, Leahy called on administration anew to release De Lima instead of “responding by irrationally threatening to deny visas to American citizens.”

De Lima, one of Duterte’s fiercest critics, has been in detention at the custodial center go the Philippine National Police in Camp Crame, Quezon City since February 2017 over drug-related charges.