Duterte bars entry of 2 US senators over De Lima case 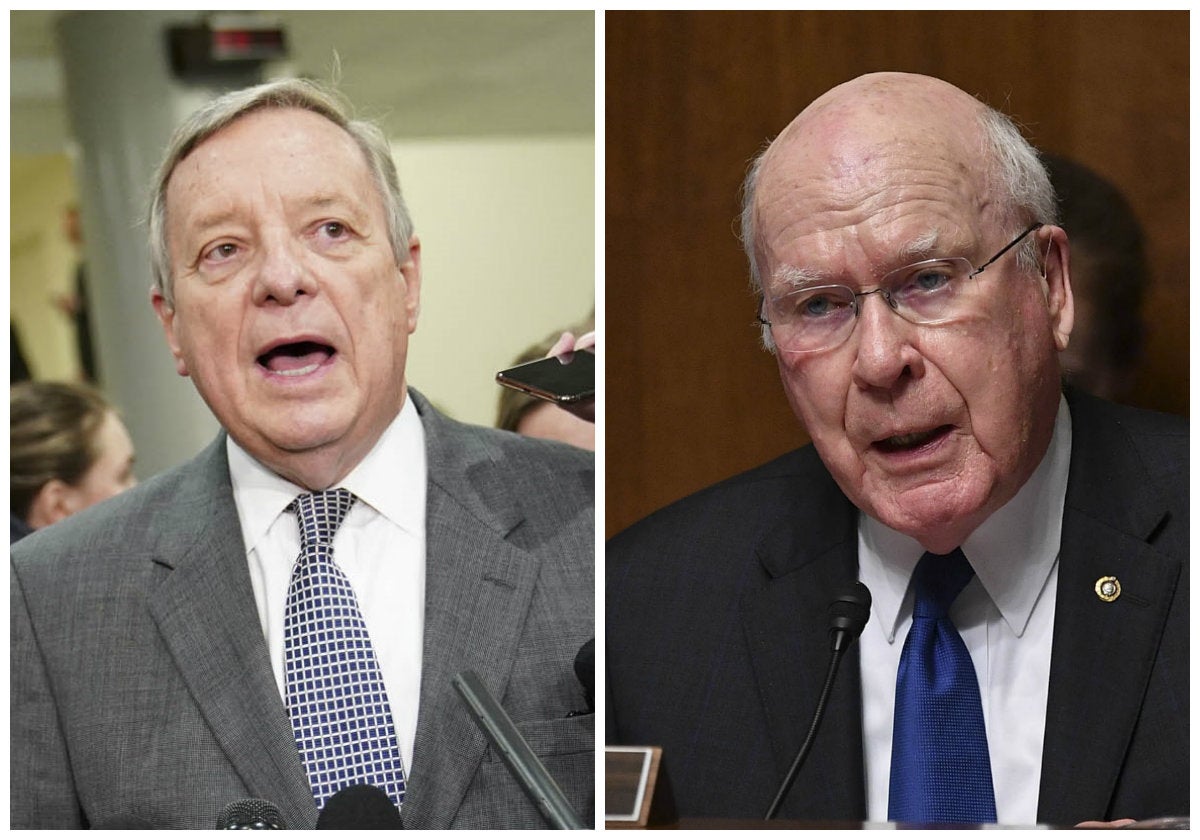 It’s turning into a tit for tat.

De Lima, a fierce critic of extrajudicial killings in Mr. Duterte’s war on drugs and other human rights violations, has been detained since 2017 on drug charges she claims were fabricated by the administration.

At a press briefing, presidential spokesperson Salvador Panelo on Friday said the President would also require US citizens, including Filipino-Americans, seeking to travel to the Philippines to first get a visa allowing them entry into the country.

Mr. Duterte issued the order on Thursday night in a phone conversation with Panelo, during which the President said he would also formally turn down Trump’s invitation for him to visit Washington.

‘Imperious,’ ‘gullible’The President has directed the Bureau of Immigration (BI) to deny entry to US Democrat Senators Dick Durbin (Illinois) and Patrick Leahy (Vermont), whom Malacañang described as “imperious, uninformed and gullible.”

“The President is immediately ordering the BI to deny US Senators Durbin and Leahy, … who introduced the subject provision in the US 2020 budget, entry to the Philippines,” Panelo said in a statement.

Durbin and Leahy crafted a provision in the US 2020 budget that allows the United States to deny entry to Filipino officials responsible for the detention of De Lima pending her trial. Trump, a friend of Mr. Duterte’s, signed the budget law on Dec. 20.

The budget law states that Filipino officials may be banned from entering the United States if there is “credible information” of their involvement in De Lima’s wrongful detention, a violation of human rights.Asset freezes, too

The provision in the US 2020 budget is in line with the Global Magnitsky Human Rights Accountability Act that authorizes the US President to impose sanctions on any foreigner determined responsible for committing human rights violations or acts of significant corruption.

The sanctions include asset freezes for funds held in US banks and bans on visas for coming to America.

The US government has yet to release a list of Philippine officials banned from entering the United States but De Lima identified in October officials she believed were involved in her imprisonment.

No. 1 on De Lima’s list is Mr. Duterte. Also on the list are Panelo as well as Mr. Duterte’s supporters and online bloggers Mocha Uson, Sass Rogando Sasot, and RJ Nieto whom De Lima described as part of a “a daily public media demolition.”

Umali headed the House justice committee that heard drug convicts’ testimonies against De Lima. The hearings were broadcast live.Justice Secretary Menardo Guevarra on Friday said the BI was ready to enforce Mr. Duter­te’s orders to require Philippines-bound Americans to obtain visas before going to the country and to ban two US senators who spearheaded a resolution calling for the release of De Lima.

Effectivity of banGuevarra said the ban against the two US senators was effective immediately while the visa requirement for inbound Americans would be implemented if certain conditions were met.

Panelo said the President would issue an executive order on the visa requirement for US citizens should the United States enforce the entry ban against Filipino officials.

Millions of Filipinos have relatives who are US citizens. The Philippines grants visa-free entry for up to 30 days to Americans, 792,000 of whom visited in the first nine months of 2019, nearly 13 percent of foreign arrivals, government data showed.

Panelo noted that the President was “calm” when he issued the orders, maintaining that the directive was a “natural course of action” for a head of state whose country’s sovereignty “is being assailed.”

“I can’t even understand why they consider the detention of De Lima wrongful, because we have our processes. You’re assailing the sovereignty of the state. And as head of state, you have no other recourse but to assert sovereign authority,” he said.

Panelo said the President’s decision was “not a threat” but a “statement and reminder” to the United States that the Philippines was no longer America’s colony.He reiterated that the illegal drug charges against De Lima, who is awaiting trial, were “not one of persecution but of prosecution,” since the Supreme Court itself has “affirmed the incarceration of Senator De Lima as valid and lawful.”

“No other state can dictate upon our officials, judges and justices the method upon which we enforce or interpret our laws vis-à-vis those who are believed to have committed a violation against the same,” Panelo said in a statement.

De Lima on Wednesday expressed what she described as overwhelming gratitude to the US Congress for its help. She has won numerous awards from human rights groups, which consider her a prisoner of conscience. —WITH REPORTS FROM JEROME ANING AND INQUIRER RESEARCH