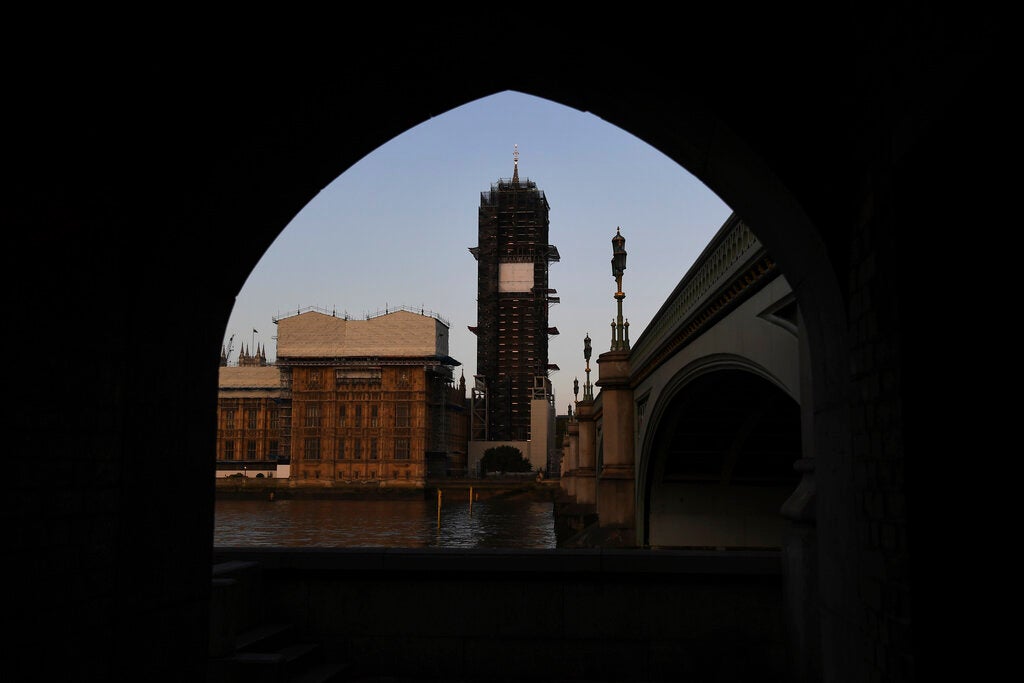 First morning light strikes the Houses of Parliament in London, Saturday, Oct. 19, 2019. Britain’s Parliament is set to vote in a rare Saturday sitting on Prime Minister Boris Johnson’s new deal with the European Union, a decisive moment in the prolonged bid to end the Brexit stalemate. Various scenarios may be put in motion by the vote. (AP Photo/Alberto Pezzali)

LONDON — Prime Minister Boris Johnson’s Brexit plan faces what is expected to be an extremely tight vote as Britain’s Parliament prepares for its first Saturday session since the 1982 Falklands war.

At stake is a new divorce plan agreed between the British government and the other 27 European Union nations at a summit Thursday.

Johnson hopes for success in getting a fractious Parliament to back the deal after his predecessor, Theresa May, failed three times to get lawmakers behind her plan.

Johnson does not have a parliamentary majority but he is hoping to woo some opposition Labour Party lawmakers to his side.

He said in The Sun newspaper on Saturday that a vote for the plan would bring a “painful chapter in our history” to an end. /jpv