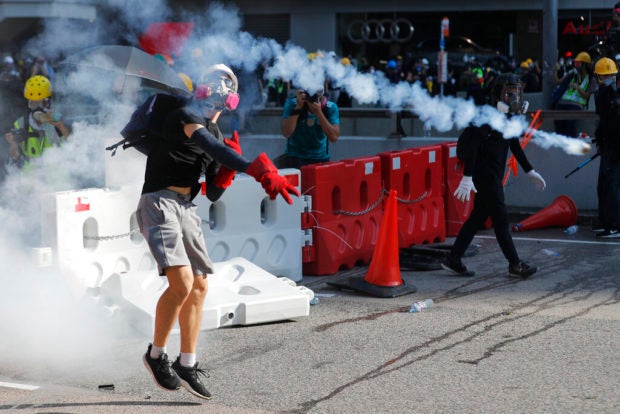 MANILA, Philippines — Women’s group Gabriela scoffed at Labor Secretary Silvestre Bello III’s remark that he was considering mandatory repatriation of Filipino workers in Hong Kong, which has been rocked by protests for months.

“His response to Hong Kong crisis is nothing but an empty rhetoric and a mere propaganda to sanitize PH government neglect to thousands of Filipino migrants clamor for assistance and protection of their rights and welfare,” she said.

Tebia-Bonifacio’s statement comes after it was reported that Bello was not brushing aside the idea of a “mandatory or forced repatriation” of overseas Filipino workers as  Hong Kong plunges deeper into crisis.

“Let’s paint a dim scenario if the situation here in Hong Kong really necessitate to repatriate the more than 200,000 Filipinos working as domestic workers. Can the government provide us with jobs and salaries enough to sustain our families back home?” she said.

Hong Kong has been battered by pro-democracy protests since March after the special administrative region introduced a bill that would allow crime suspects to be extradited to China. In the face of escalating violence, Hong Kong’s leader Carrie Lam announced the withdrawal of the highly controversial bill on September 4.