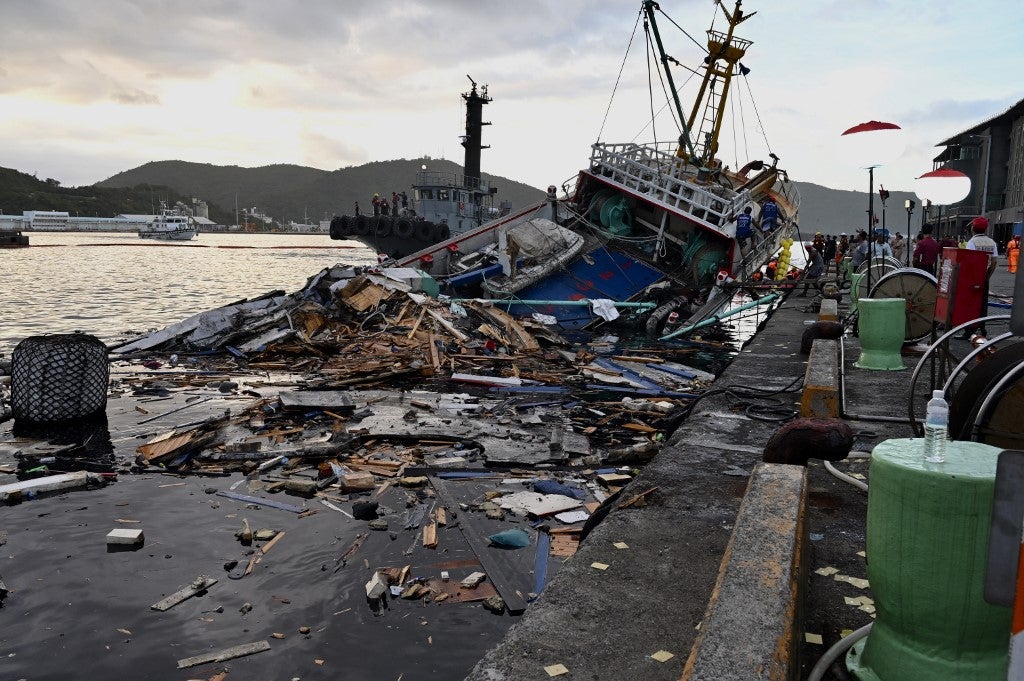 This picture taken on October 1, 2019, shows the wreckage of a fishing boat after a bridge collapsed in the Nanfangao fish harbor in Suao township in Ilan county, eastern Taiwan. AFP

MANILA, Philippines — The missing Filipino fisherman from a collapsed bridge in Taiwan was found dead, the Department of Labor and Employment (DOLE) has confirmed.

According to DOLE, the lifeless Romulo Escalicas Jr. was discovered 11:28 a.m Thursday.

The death of the Filipino fisherman has brought the total number of casualties to three. DOLE first confirmed that two Filipinos were killed in the bridge collapse.

A towering arch bridge collapsed Tuesday in Nanfangao in eastern Taiwan, and sent an oil tanker on it falling into boats underneath.

DOLE earlier reported that five overseas Filipino workers were injured in the incident.