After ‘productive talks,’ Duterte arrives in Manila after official visit in China 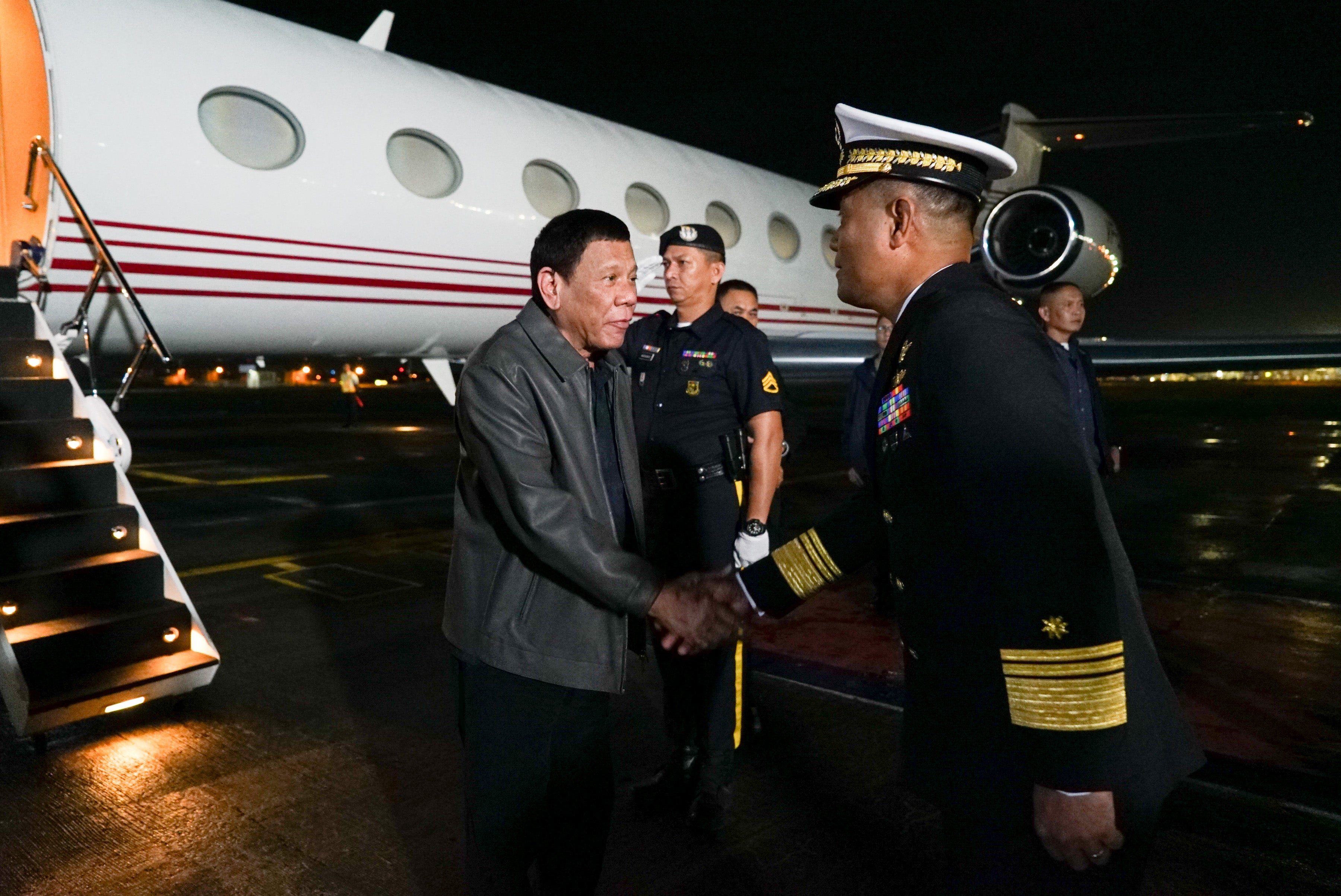 President Rodrigo Roa Duterte is welcomed by a military officer upon his arrival at the Villamor Air Base in Pasay City on September 1, 2019 following his successful official visit to the People’s Republic of China. KING RODRIGUEZ/PRESIDENTIAL PHOTO

The Palace said Duterte arrived in Manila around 2 a.m. at the Villamor Air Base in Pasay following his “productive talks” with Chinese President Xi Jinping where several issues between the two countries were discussed.

In a statement, the Palace said Duterte and Xi reaffirmed the friendship between the Philippines and China and committed to further enhance the Comprehensive Strategic Cooperation between the two countries.

Issues in the South China Sea — including the 2016 ruling by the international arbitral tribunal in The Hague and the drafting of the Code of Conduct (COC) to avoid further tensions in the disputed territory — were also discussed, the Palace said.

Xi however, underscored China’s stand in rejecting the said ruling that favored the Philippines but assured Duterte that China will avoid “provocative acts” in the South China Sea.

In terms of the economic relationship between the Philippines and China, the Palace said Duterte met with Premier Li Keqiang who pledged support towards the “Build, Build, Build” Program.

Six agreements covering the sectors of education, science and technology, finance, and customs, among others, were also signed during the visit.

Duterte also attended the opening of the 2019 FIBA Basketball World Cup in China where he also expressed support towards the Philippine national team, Gilas Pilipinas.

Before Gilas Pilipinas’ game against powerhouse team Italy started, Duterte paid a visit, telling the Philippine-team that it is “never too late to dream.”

Duterte meets Gilas players in China: ‘We are praying for your victory’