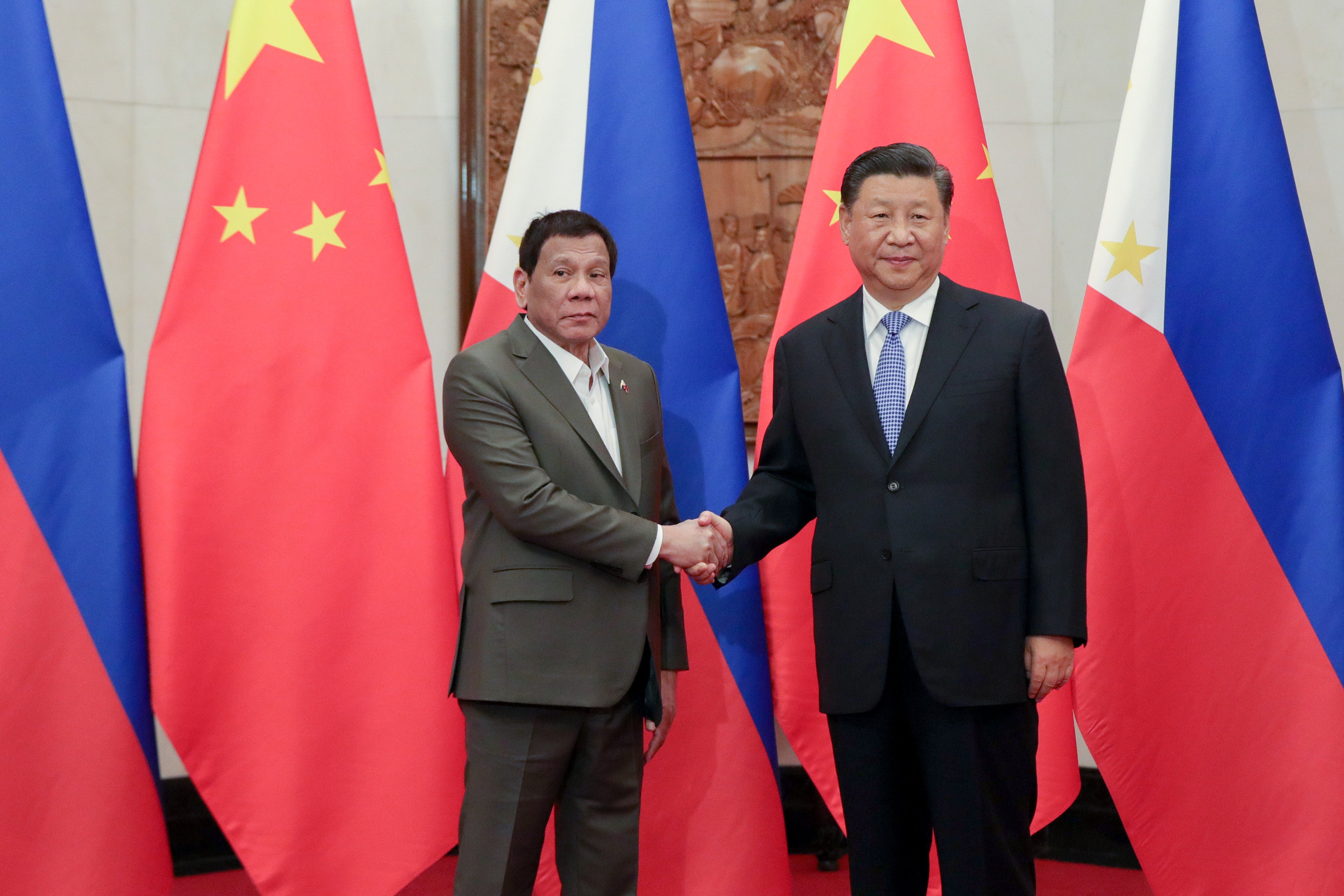 President Rodrigo Roa Duterte and People’s Republic of China President Xi Jinping pose for posterity prior to the start of the bilateral meeting at the Diaoyutai State Guesthouse in Beijing on August 29, 2019. ROBINSON NINAL/ PRESIDENTIAL PHOTO

MANILA, Philippines — President Rodrigo Duterte and Chinese President Xi Jinping have agreed to fast track the negotiations to finalize the Code of Conduct (COC) in the South China Sea.

The Palace said this Sunday following Duterte’s arrival from his five-day official visit to China where he met with Xi in Beijing — a meeting the Palace dubbed as “productive”.

“Acknowledging the importance of a Code of Conduct in the South China Sea to regional peace and stability, the two Presidents expressed determination to fast track negotiations for the conclusion of an effective and substantive COC at the soonest possible time,” the Palace said in a statement.

Before flying to China, Duterte said that the Asian powerhouse country was “delaying” the finalization of the COC which seeks to prevent tensions in the disputed areas in the South China Sea.

“That is why I’m going there, they are delaying it and it’s causing so many incidents,” Duterte told reporters in an interview in Malacañang as he clarified that he was referring to China.

During the the 34th Association of Southeast Asian Nations (Asean) Summit in June, Duterte likewise expressed disappointment over the delay in crafting of the COC in the South China Sea.

“The Chief Executive explained that the longer the delay for an early conclusion of the COC, the higher the probability of maritime incidents happening and the greater the chance for miscalculations that may spiral out of control,” Presidential spokesperson Salvador Panelo said in an earlier statement.

READ: Duterte ‘disappointed’ over delay in crafting of COC

Aside from the delays in the COC, the Palace said that the 2016 ruling by the international arbitral tribunal in The Hague, which favored the Philippines in its maritime dispute with China, was also raised during the meeting with Xi.

Xi, however, remained firm with its stand in rejecting the said ruling, but assured Duterte that China will avoid “provocative acts” in the South China Sea.

“What they have agreed upon is that both countries will refrain  or avoid performing aggressive, provocative acts that will trigger incidents that have [happened] before,” Panelo said.

“What has been touched upon was the self-restraint imposed by the two governments unto themselves not to perform acts that could trigger any hostilities within the area,” he added. /je