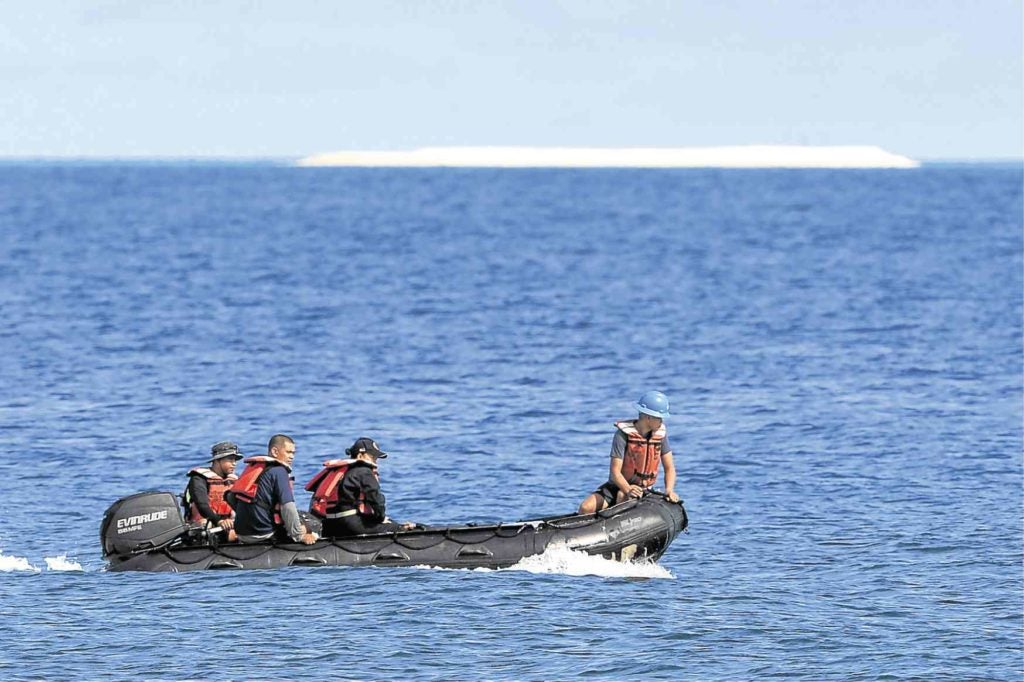 CODE OF CONDUCT File photo shows members of a Philippine survey team sailing around Philippine-held Pag-asa (Thitu) Island, with a sandbar seen in the background, in the Spratlys. President Duterte ordered troops to scrap plans of building a fishermen’s shelter on a sandbar in the disputed South China Sea after Beijing complained, his defense chief said on Wednesday. —AFP FILE PHOTO

MANILA, Philippines—President Rodrigo Duterte on Thursday said China is “delaying” the finalization of a Code of Conduct (COC) in the South China Sea, an accord aimed at preventing the escalation of tension in the disputed waters.

Duterte said that aside from invoking the Philippines’ arbitral victory against Beijing’s expansive claims in the South China Sea, he would also raise the delay in the formulation of the COC when he visits China later this month.

READ: Duterte to visit China in August for 5th time

“That is why I’m going there, they are delaying it and it’s causing so many incidents,” Duterte told reporters in an interview in Malacañang.

Asked to clarify which country is delaying the COC, Duterte said: “It could be China. Nobody else is asking us to wait.”

The Philippines is the coordinator of the Asean-China dialogue partnership, where it leads negotiations in drafting a code of conduct in the South China Sea.

The South China Sea is one of the world’s busiest waterways, and a potential flashpoint in the region as several Asean members — the Philippines, Vietnam, Malaysia, Brunei, and Indonesia— and China have overlapping territorial claims.

The President also said that he is looking to raise the “exploitation of the natural resources” in the West Philippine Sea in his impending fifth China visit.

“I talk about first jurisdiction, the COC and the exploitation of the natural resources of my country since as far as I’m concerned, we own it. That is my position. We still own what we are claiming,” the President added.

Duterte, who has been criticized for his supposed stance against China’s militarization of the disputed territories, also said that he will push for a 60-40 sharing deal with China over the planned joint exploration deal.