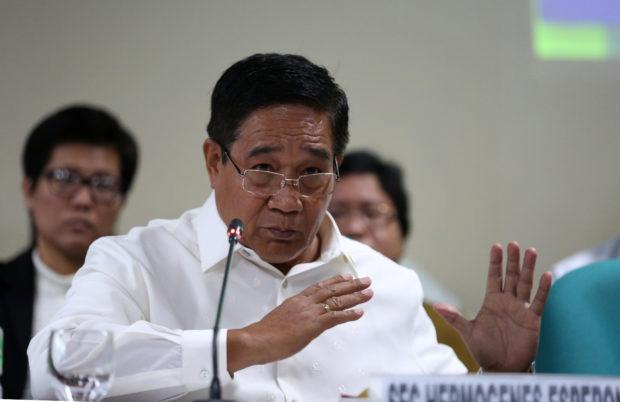 “It’s a serious matter but we will not speculate on what would be the result, we will not speculate. Baka ang implication niyan hindi sa atin, baka sa US. So why don’t they come out with the report and bring it out in the open with all the facts rather than…floating it,” Esperon told reporters in a chance interview during the celebration of the 243rd anniversary of the US Independence in Makati Wednesday night.

“Floating something that we could not verify at this very moment, so it just disturbs the current peace that we have,” he further said.

According to Esperon, it would take some time before the reported missile testing done by China in the heavily contested waters can be confirmed.

Pentagon spokesman Lt. Col. Dave Eastburn earlier said in a news report that they were aware of the missile launch from the man-made structures in the Spratly Islands (Kalayaan) in the South China Sea.

“But as a matter of due course, ‘pag may natatanggap kaming report, then we try our best to confirm or deny the report,” he added.

Esperon said the reported missile tests done by China would not necessarily trigger a convening of the security cluster.

“I just talked to [Defense Secretary] Delfin Lorenzana, so I don’t think we have to convene formally sa security cluster,” he said.

The defense chief earlier said that the Philippine government would conduct an investigation on the reported Chinese missile tests.

“We have no firsthand knowledge about this missile launch except this news report,” Lorenzana earlier told reporters in a text message.

“We will conduct our own inquiry and will decide later what to do if proven correct,” he added.

United States Ambassador to the Philippines Sung Kim, meanwhile, urged China, and other claimant states in the South China Sea, to refrain from actions that may provoke conflict in the disputed waterway and to “behave” in accordance with international laws.

The Philippines, China, Taiwan, Vietnam, Malaysia, and Brunei all have overlapping claims over the South China Sea.

The United States, a non-claimant country, conducts operations in the South China Sea to ensure freedom of navigation in the contested waters. (Editor: Jonathan P. Vicente)