Diokno: 1987 Constitution has no provision for sharing Philippine waters with ‘friends’ 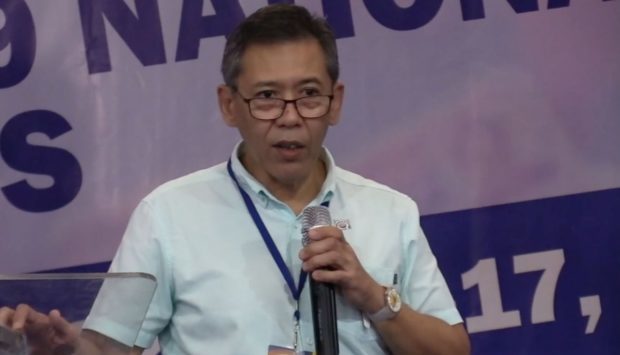 MANILA, Philippines – The 1987 Constitution has no provision that allows government to share the country’s territorial waters with allies or friends, human rights lawyer Chel Diokno said on Wednesday.

Diokno, who spoke in a press conference on the importance of upholding sovereignty over the West Philippine Sea (WPS), insisted that the Constitution and other laws have made it clear that no foreign country can exploit the country’s resources in the area.

In that particular section, government is mandated to “protect the nation’s marine wealth in its archipelagic waters, territorial sea, and exclusive economic zone, and reserve its use and enjoyment exclusively to Filipino citizens”.

Aside from the Constitution, Diokno also cited Presidential Decree 1599 authored by former President Ferdinand Marcos in 1978, which creates an exclusive economic zone (EEZ), that gives the Philippines sovereign rights “for the purpose of exploration and exploitation, conservation and management of the natural resources.”

President Rodrigo Duterte said China’s fishing activities in the country’s EEZ and at the West Philippine Sea could be tolerated out of friendship.

READ: Out of friendship, PH will ‘tolerate’ China to fish in country’s EEZ – Palace

Critics however slammed Duterte’s friendly attitude towards China, with former Foreign Affairs Secretary Albert del Rosario saying the President can be impeached for it. Duterte said a 2016 agreement allows China to fish in Philippine waters.

READ: Del Rosario says Duterte can be impeached for not defending territory

The issue about the WPS surfaced anew after a Philippine fishing boat was sunk after is was allegedly rammed by a Chinese vessel last July 9 at the Recto Bank which is within the country’s EEZ.  The 22 crew members of the fishing boat were left at sea by the Chinese vessel. They were later rescued by a Vietnamese vessel.  (Editor: Mike U. Frialde)