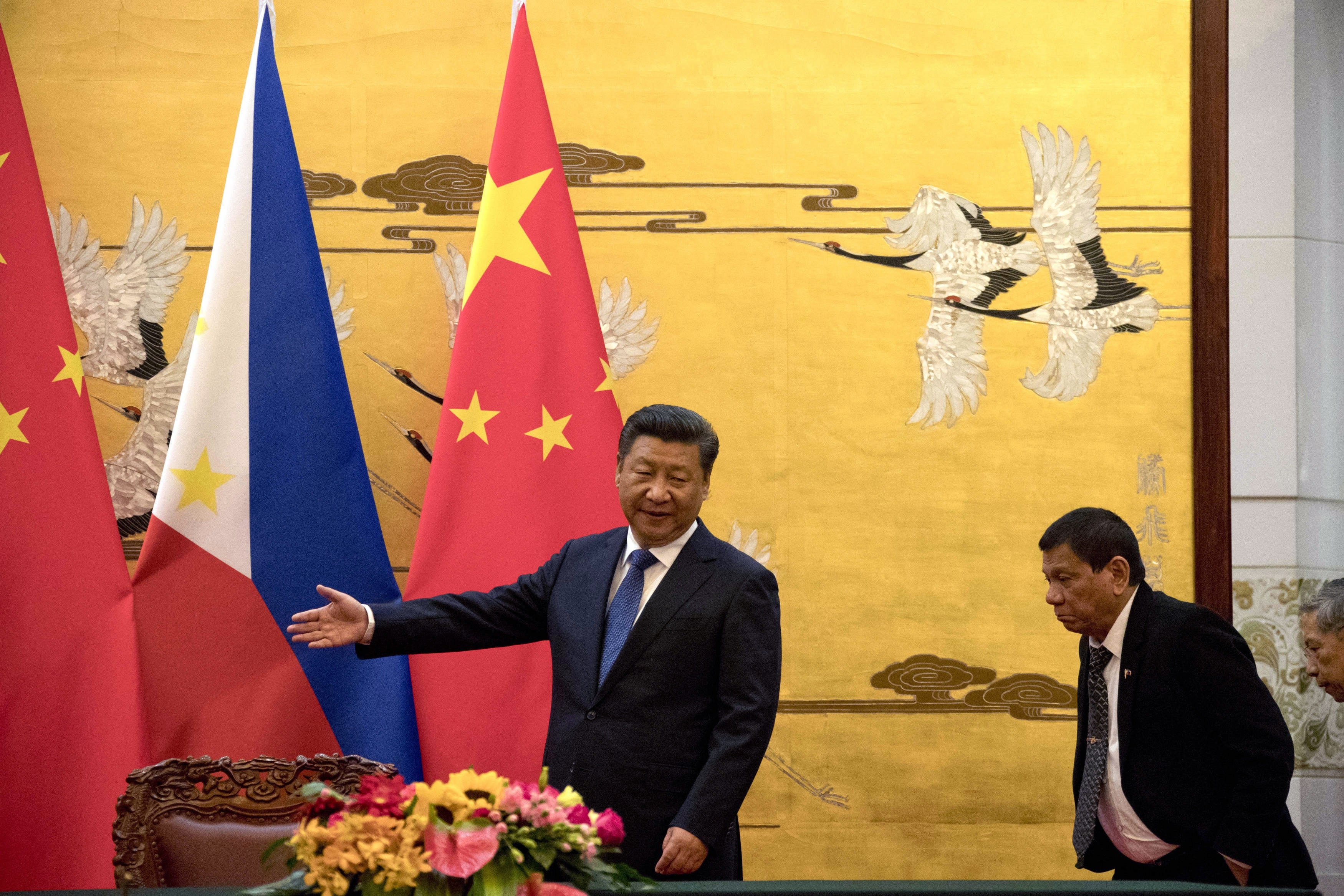 Philippine President Rodrigo Duterte, right, is shown the way by Chinese President Xi Jinping before a signing ceremony in Beijing, China, Thursday, October 20, 2016. Duterte was meeting Thursday with Xi in Beijing as part of a charm offensive aimed at seeking trade and support from the Asian giant by setting aside a thorny territorial dispute. (AP Photo/Ng Han Guan, Pool)

MANILA, Philippines — When Chinese President Xi Jinping cautioned President Rodrigo Duterte that pursuing Manila’s planned oil exploration in the West Philippine Sea “could mean trouble,” it does not mean anything but just a “friendly advice.”

This was how Malacañang downplayed what could be a threat to a country or a state leader, as Duterte’s spokesman thinks Xi was merely being “practical” about the situation.

“It’s not a warning. I think the Chinese President was being also practical. I don’t think he also wants that to happen; kaya nga he wants to avoid it also, which is the better way in dealing with problems or conflicts,” he added.

Duterte, however, has repeatedly mentioned about Xi’s warning in his public speeches. He even said the Philippines would eventually lose in case war erupts over disputed territories.

According to the President, such a warning from the Chinese leader happened during their first bilateral meeting in October 2016. He reiterated on this occasion again on Thursday in an interview with the media in Malacañang.

Relations between the Philippines and China improved since Duterte assumed office in June 2016, as the former Davao City mayor opted to set aside the decision of the Permanent Court of Arbitration (PCA) in The Hague invalidating Beijing’s sweeping claims over the South China Sea in exchange of loans and other economic perks.

“He (Duterte) is making his enemies friends so that both sides will mutually gain benefit from whatever they have,” Panelo pointed out. (Editor: Katherine G. Adraneda)

Duterte: PH will only lose war with China, so why risk it?