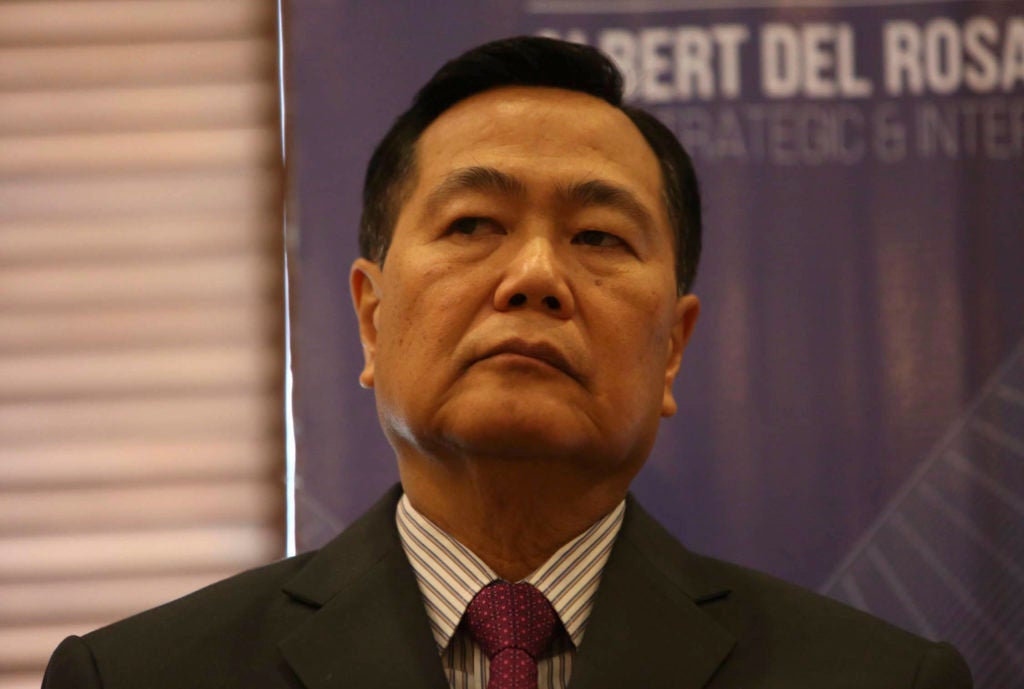 MANILA, Philippines – The Office of the Solicitor General (OSG) on Friday called on the Supreme Court to inhibit Senior Associate Justice Antonio Carpio from participating in the petition urging the government to protect the marine resources in the West Philippine Sea.

On Thursday, the OSG filed a motion asking Carpio to hands off the Writ of Kalikasan petition filed a group of fisherfolk in Palawan and Zambales.

However, Solicitor General Jose Calida said their motion is an exercise in futility because they no longer expect Carpio to voluntary inhibit from the case.

“It is interesting that even before the OSG filed its motion for inhibition, Justice Carpio already told the media that he will not inhibit in this case,” said Calida.

“This puts the OSG in a bind. Our motion will be an exercise in futility if the issue of his inhibition will be solely left for him to decide. It should be the Supreme Court, as a collegial body, which should decide on our motion,” Calida added.

The OSG said the grounds for Carpio’s inhibition are his personal bias and manifest partiality, as evidenced by: (1) his active participation in the South China Sea (SCS) Arbitral Proceedings; and (2) his continuing public pronouncements against the actions taken by the government in relation to the SCS Arbitral Award.

“In addition, the Code enumerates instances when a judge is mandated to recuse himself from handling and deciding a case, such as when he has personal knowledge of disputed evidentiary facts concerning the proceedings, or he previously served as a lawyer in the matter in controversy,” he added.

​Calida said Carpio himself acknowledged that he was part of the team which handled the case of the Philippines in the Arbitral Proceedings before the International Arbitral Tribunal.

“Justice Carpio’s participation before the South China Sea Arbitral Tribunal and knowledge of the facts and issues therein, coupled with his personal pronouncements and issuances leads to the impression he has already reached a conclusion and prejudged this case, even before the petitioners can present their case,” Calida said.

In its motion, the OSG stated that through his public statements on the Arbitral Award, Carpio has shown a “penchant for projecting a foreign policy regardless of its alignment with the policies of the current administration.”

​“In the constitutional order of our government, the President has always been the chief architect of foreign policy. The Supreme Court has recognized this in several cases. A sitting member of the Court cannot supplant the authority of the President to direct our foreign policy,” Calida said.

The West Philippine Sea petition is up for oral argument next week.