Duterte: PH will only lose war with China, so why risk it? | Global News
Close
menu
search

Duterte: PH will only lose war with China, so why risk it? 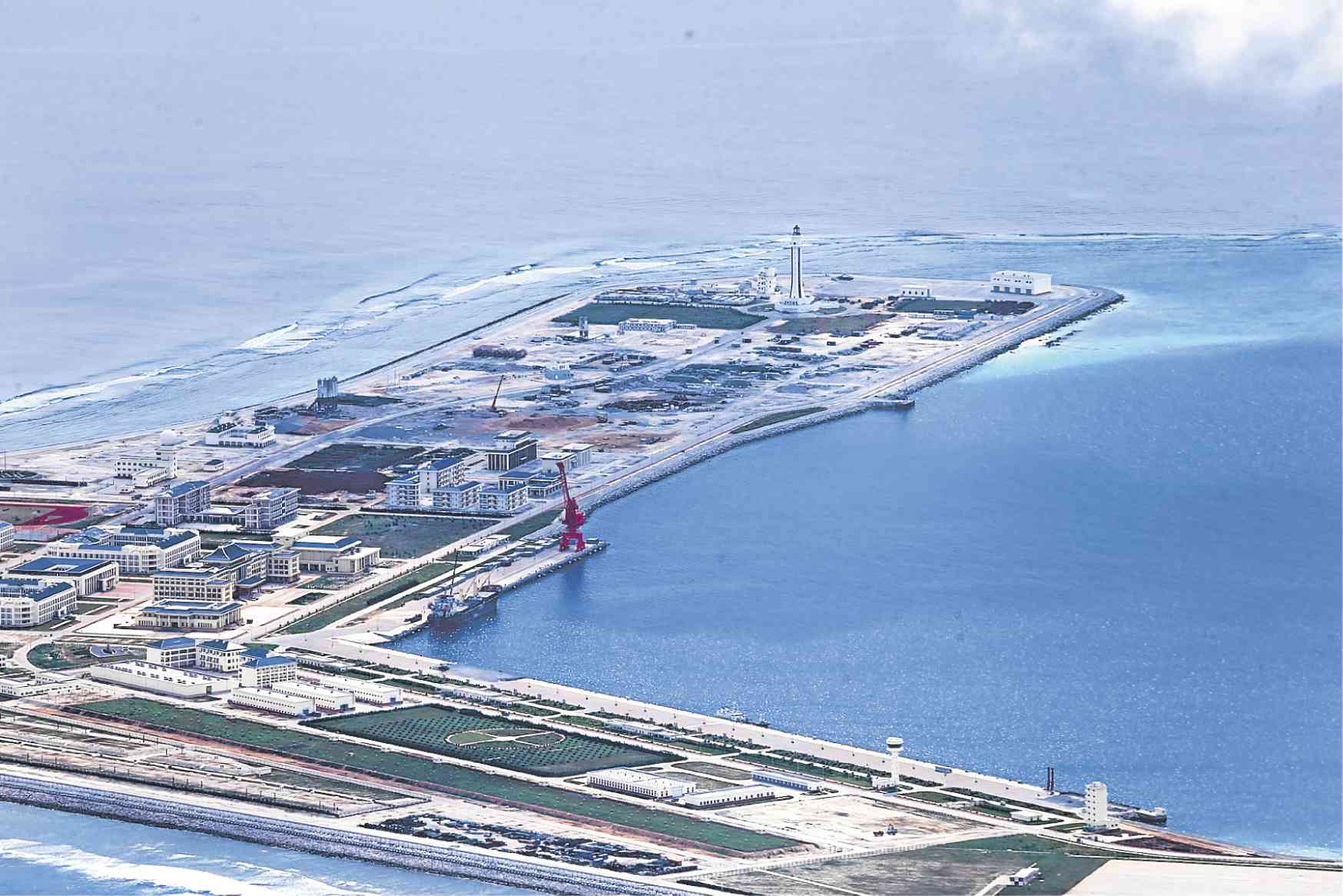 President Rodrigo Duterte said on Wednesday that he would be willing to “declare war” with China over its militarization in disputed areas in the West Philippine Sea. But it would be a losing endeavor.

“I can declare war with China tonight,” he told reporters at a press conference in Malacañang.

“But who’s going to war?” he added in Filipino. “My troops? My police officers? They will all just die… Why will I go to war for a battle I cannot win? That would make me look stupid.”

He said he would discuss geopolitics some other time and explain “why I allowed things to just stay there.”

“There is an airport. There are missiles there installed. There are military equipment already in place,” he said. “So what’s the point of questioning whether their planes land or not? There’s an airstrip.”

He again shifted the blame on former President Benigno Aquino III, who he accused of not doing anything about the sea dispute.

“That arbitration came during the time of Aquino. He filed it. There was sufficient time for him to stop,” Duterte said, referring to the case filed, and won, by the Aquino administration against China at the Permanent Court of Arbitration in The Hague, in the Netherlands.

“He‘s the one who filed the case,” Duterte continued in Filipino. “So why didn’t they go there [to the West Philippine Sea]? Why wait for me now?”

But contrary to the President’s claim, the arbitral ruling was only handed down on July 12, 2016, days after he had already assumed the presidency.

The President also reiterated that only the United States could stop China.

“Why doesn’t America go there. America is doing nothing now,” he went on in Filipino. “So the Chinese made a garrison out of those rocks there.”

But despite the President’s soft stance on China now, he assured Filipinos that he would insist on The Hague ruling during his term.

“But during my trerm I will insist and insist [on] the arbitral ruling,” he said.

He recalled that he once told Chinese President Xi Jinping during a bilateral meeting that he would go to the disputed West Philippine Sea to dig oil there. But the Chinese leader warned him of war should he insist on going there.

“I want to go to my territory and dig oil,” he recalled telling Xi.

But Xi told him that Manila and Beijing should repair first their relationship, which had been strained in the previous administration.

“Let us repair the relationship which Aquino destroyed,” the President quoted Xi as telling him.

According to him, Xi said insisting on enforcing the arbitral ruling would mean “trouble” for both the Philippines and China.

INQUIRER.net had earlier reported the deployment of Chinese missiles in three Philippine claimed reefs and the landing of military planes on Panganiban Reef (Mischief Reef). /atm