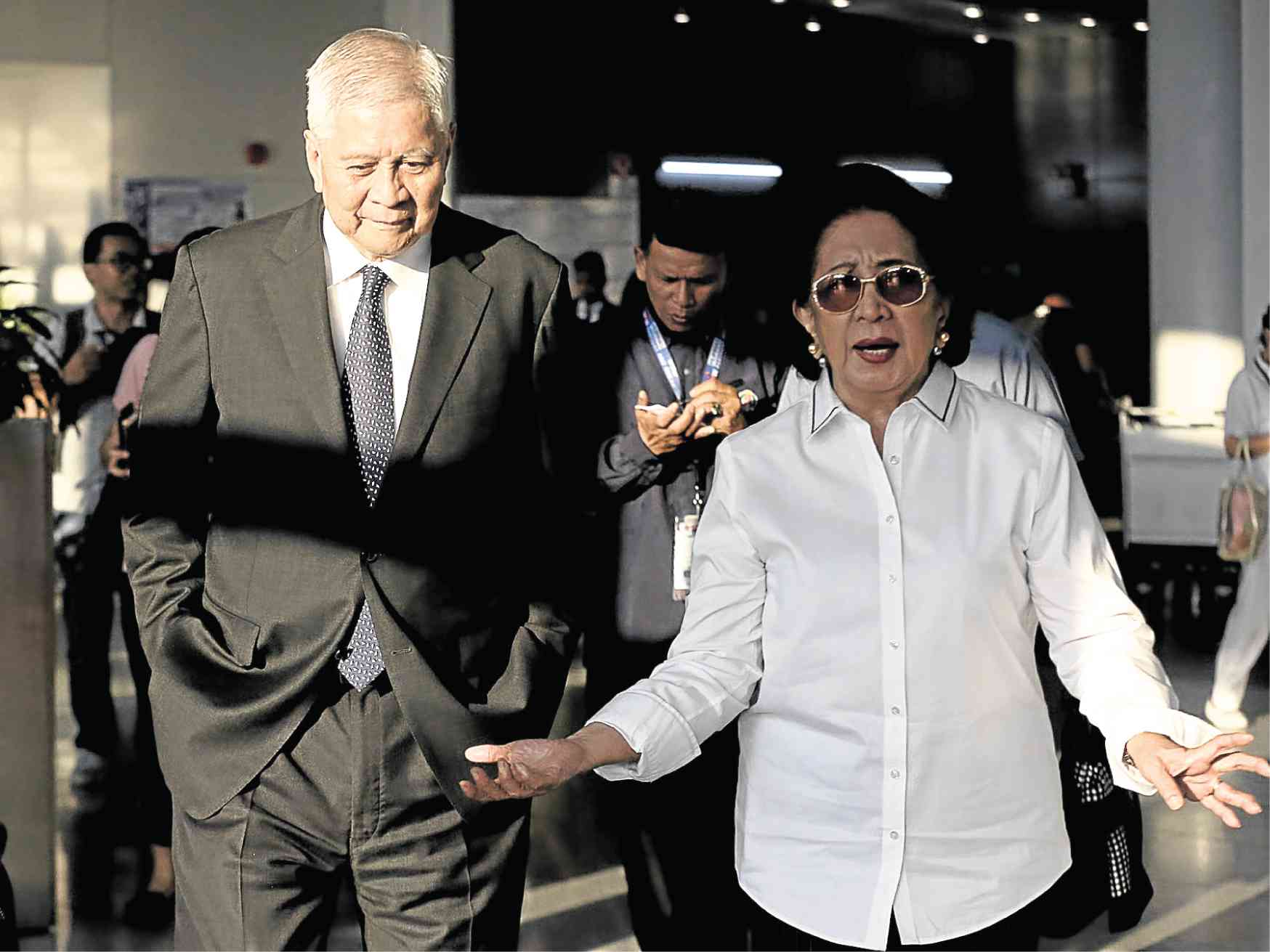 NOW THERE ARE TWO Former Ombudsman Conchita Carpio Morales on Friday welcomes back to Manila former Foreign Secretary Albert del Rosario who, like her, was not allowed to enter Hong Kong. INQUIRER photo / RICHARD A. REYES

MANILA, Philippines — A Hong Kong legislator on Saturday expressed concern on the ordeal experienced by former Foreign Affairs Secretary Albert Del Rosario and former Ombudsman Conchita Carpio-Morales at the hands of Chinese authorities saying the Hong Kong immigration department is totally under the control of Beijing.

Chinese lawmaker Ted Hui Chi-fung said in a statement that the Hong Kong Immigration department is totally under the control of Beijing, in contrast with the impression of many that the former British colony is as independent as it seems.

“The Hong Kong immigration has become totally controlled by Beijing, contrary to what is promised in the Hong Kong Basic Law,” Hui said.

‘No longer a free city’

“It appears that Hong Kong is no longer a free and open international city,” Hui added.

Del Rosario endured a six-hour ordeal at the Hong Kong International Airport as he was scheduled to attend meetings of the First Pacific’s board and shareholders.

He and Carpio-Morales filed before the International Criminal Court a case against Chinese President Xi Jinping in March for crimes against humanity.

Morales experienced the same ordeal, as she was held for four hours in the same airport on May 21.

Hui noted that millions of people in Hong Kong are currently protesting a government proposal that will allow fugitives to be extradited to mainland China.

With this, Hui warned that both Del Rosario and Morales “could be easily elevated and they could be accused of having committed an offense in China and be arrested while in Hong Kong.”