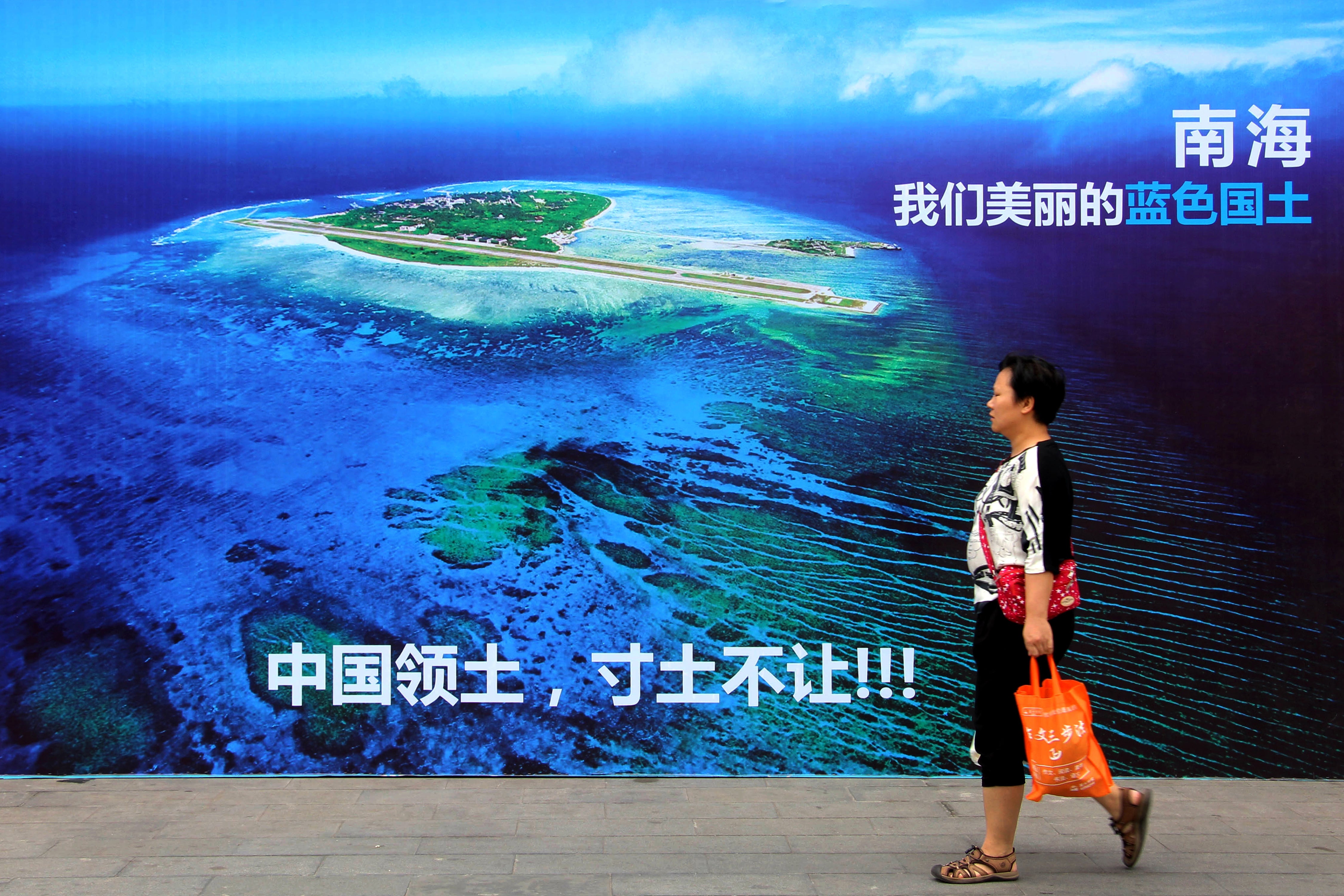 FILE – In this July 14, 2016 file photo, a woman walks past a billboard featuring an image of an island in South China Sea on display with Chinese words that read: “South China Sea, our beautiful motherland, we won’t let go an inch” in Weifang in east China’s Shandong province. (Chinatopix via AP, File)

“Amid China’s continued military activities on the South China Sea that threatens the security of the Philippines and the entire Asean region, I hope that this U.S. Senate bill sanctioning China for any illegal activities in the contested waters  can be passed into law soon and finally stop China from bullying its neighbors,” De Lima said in a statement.

Under the proposed measure, the U.S. Secretary of State  is mandated to provide Congress with a report every six months, identifying any Chinese person or company involved in construction or development projects in disputed areas of the West Philippine Sea.

The illegal activities highlighted by the bill include land reclamation, the making of islands, lighthouse construction and the building of mobile communication infrastructure.

“I thank Senator Rubio and other proponents of the measure for reminding us that we need to be steadfast in pressuring China to remove any illegally built facilities and stop any aggressive and unilateral activities in the South China Sea that violate international law,” she expressed her gratitude.

The senator added that instead of “consistently kowtowing” to China, the government should work with its allies, such as Australia, Japan, US and other Associated of Southeast Asian Nation (Asean) countries in discussing all possible actions to stop China’s militarization of the South China Sea.

“We cannot continue to allow China to violate the arbitration award and the international rules as it bullies countries like the Philippines,” she said.

Read Next
Beijing controls HK immigration, says Chinese legislator
EDITORS' PICK
Pagasa: Warm, sunny Sunday in most parts of PH
House energy committee chair Arroyo bats for cheap electricity
vivo’s coming to town to grant wishes with more holiday promos
EDITORIAL: To a bike-friendly future
The Best Tech Gifts For The 2022 Holidays
Is it safe to talk politics again at family gatherings? ‘The Reconciliation Dinner’ shows us what that’s like
MOST READ
LOOK: Vhong Navarro transferred to BJMP detention facility in Taguig
The Elephant Man in the Senate
Posh village as ‘shabu’ haven
LOOK: Zanjoe Marudo bonds with Ria Atayde, her family
Don't miss out on the latest news and information.