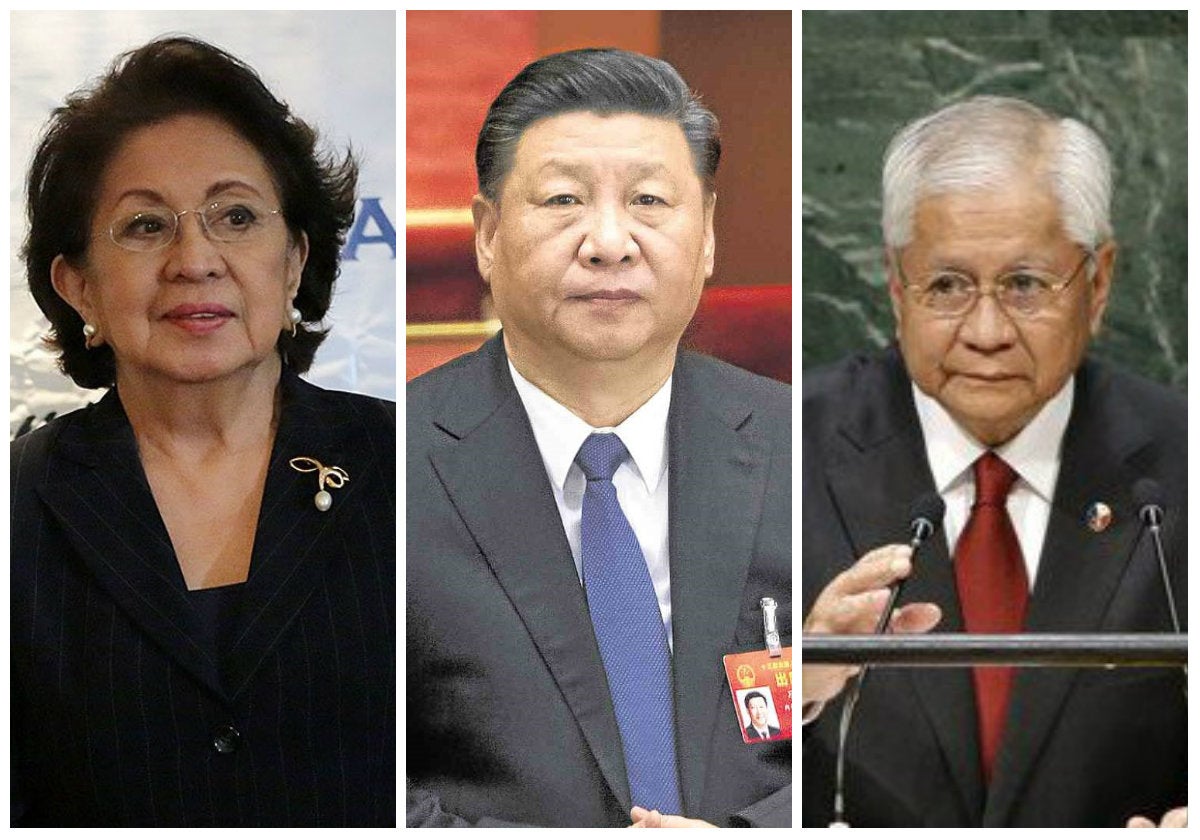 MANILA, Philippines–The International Criminal Court (ICC) Office of the Prosecutor is looking into the allegations mentioned in the communication filed against Chinese President Xi Jinping to determine if it falls under its jurisdiction.

This development was revealed Thursday by the legal counsel of former Ombudsman Conchita Carpio-Morales, who helped the latter and former Foreign Affairs Secretary Albert del Rosario file the communication against Xi and two other Chinese officials before the ICC.

“The office is analyzing the allegations identified in your communication with the assistance of other related communications and other information available,” Lawyer Anne Marie Corominas, during an interview with CNN Philippines, read a portion of a letter they received from the ICC Office of the Prosecutor via email last week.

Corominas noted that the letter was dated May 20, 2019, a day before the former ombudsman was barred from entering Hong Kong.

Last March 15, two days before the Philippines formally withdrew from the Hague-based court, Del Rosario and Carpio-Morales filed a case of “crimes against humanity” against Xi before the ICC over “atrocious actions” of the Chinese government within Philippine territory.

The two former Philippine officials filed the complaint, technically called a communication, on behalf of Filipinos, including hundreds of thousands of Filipino fishermen “persecuted and injured” by China’s aggressive island-building and occupation of islands in the West Philippine Sea.

According to Corominas, the analysis of the ICC would determine whether or not the “alleged crimes are within the jurisdiction of the court.”

Should the ICC establish that the claims against the Chinese official are indeed within its jurisdiction “then that would open preliminary examination,” Corominas added.

She also noted that the ICC said that while the “analysis will be carried out as expeditiously as possible,” the court advised them “that meaningful analysis of these factors can take some time.”

Asked about what she thought of this, Carpio-Morales said: “In light of the fact that the issue is whether or not the alleged crimes fall within the jurisdiction of the office of the prosecutor or the ICC for that matter, they had to consider related information.”

“They were considering the documentary evidence that we presented, part of which we [were] vetted by the arbitral tribunal but they still have to consider other information that reached them and any subsequent information that may require us to submit,” the former ombudsman added.

Corominas, meanwhile, described the initial response of the ICC, which came more than two months after the communication was filed, as a “good development.”

“You have to realize that there are almost 10,000 communications to date that go to the court, and they’re not that big [of a] court,” she said.

“It’s a relatively young court. it’s only been in operations since 2003, and of course, it’s, you know, having it’s growing pains but this is good, it’s a good development,” she added. (Editor: Jonathan P. Vicente)