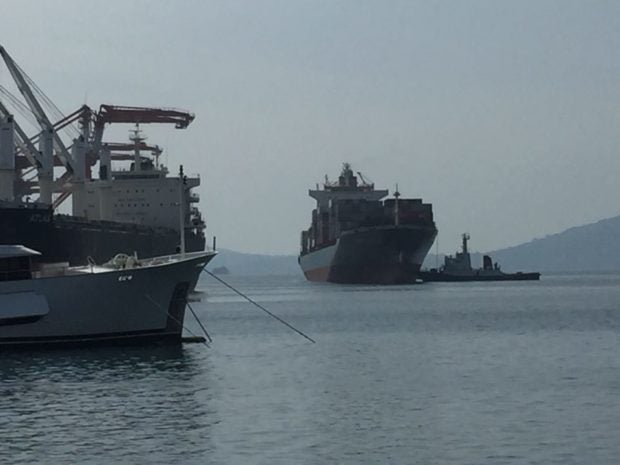 The container ship MV Bavaria arrives in Subic Bay Freeport to retrieve the garbage from Canada that has been languishing inside the Subic Bay International Terminal Corp. for six years. Photo by Joanna Rose Aglibot

SUBIC BAY FREEPORT — The vessel that will ship 69 container vans of trash from Canada has arrived here on Thursday afternoon.

Customs officials said 67 container vans were kept at the SBITC while the other two containers from Manila International Terminal Container were also brought here in time for the arrival of MV Bavaria.

In an advisory, the Department of Foreign Affairs said the loading of the container vans onto the vessel would start at 3 p.m. and might finish at 2 a.m. on Friday.

The Ontario-based Chronic Inc. exported 103 container vans of trash declared as plastics to the Chronic Plastic based in Valenzuela City and to the Live Green Enterprise in 2013 and 2014.

The Metro Clark Waste Management Corp. accounted for 26 container vans that were emptied in its landfill in Capas, Tarlac, in 2015.

Various local environmental groups have been calling for the Canadian government to remove the trash from the country. (Editor: Leti Boniol)