Part of PH, US history is fighting together for freedom — US chargé d’affaires 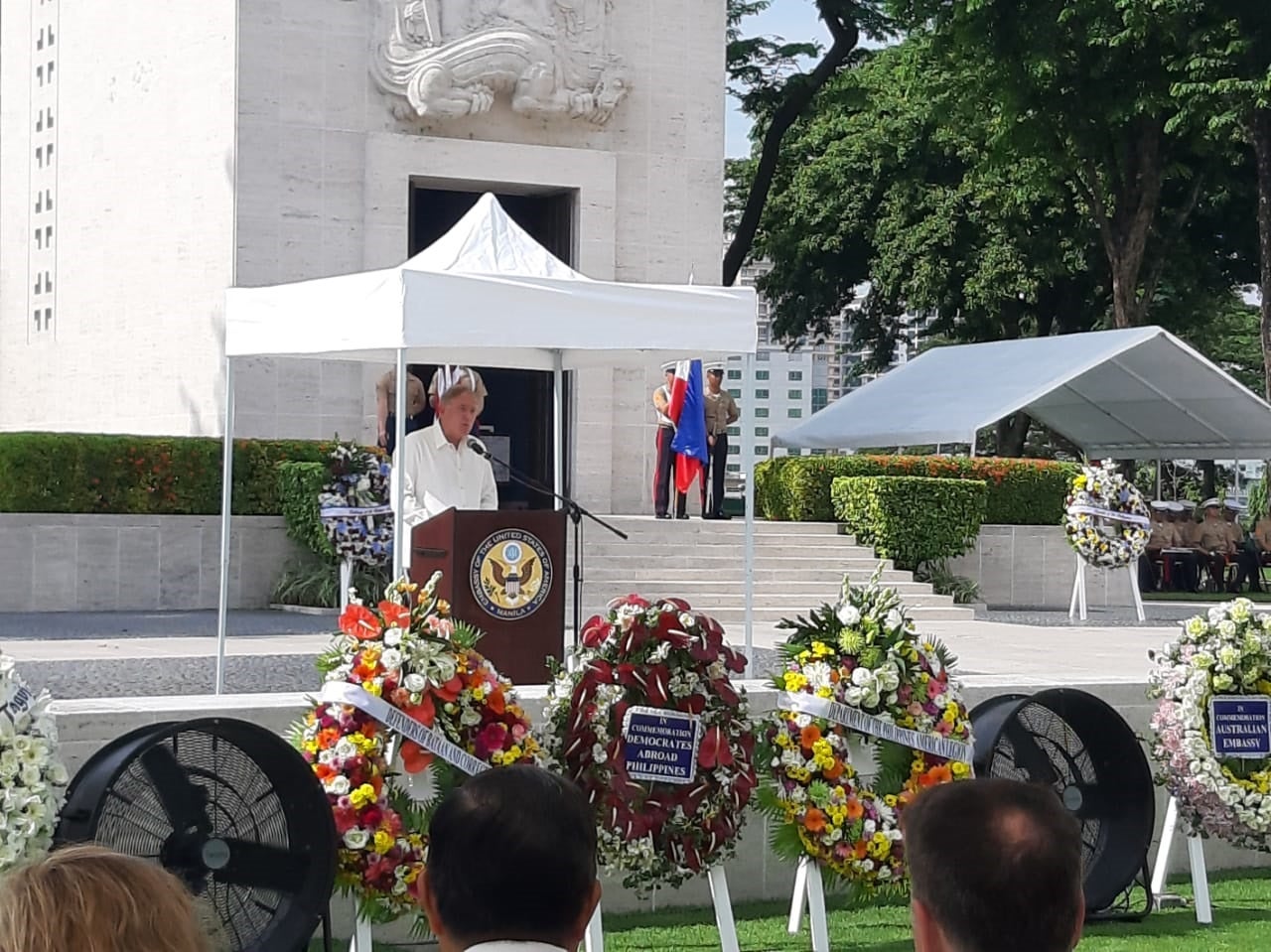 MANILA, Philippines — A part of the history linking the Philippines and the United States involves the previous wars fought together as allies by the two nations, U.S. Embassy Charge d’Affaires John C. Law said Sunday in celebration of Memorial Day.

The Philippines and the United States remembered more than 17,000 soldiers who died in World War II during Memorial Day rites at the Manila American Cemetery and Memorial in Taguig City.

Asked what the celebration says about the relationship between the two nations, Law said Memorial Day underscores the rich history of the countries in fighting for freedom together.

“[Memorial Day] is a perfect example because we have a long history, part of that history involves fighting together for our freedom, and World War II was the most outstanding example of Americans and Filipinos coming together to defend countries and to fight for our countries together,” Law told INQUIRER.net following the celebration.

In his speech during the ceremony, Law also underscored how the war created a bond between the two countries “that exists to this day and remains strong to this day.”

“Here in the Philippines, hundreds of thousands fought side-by-side, shoulder-to-shoulder, and died to defend our countries, to defend our freedom, and to defend our democracy…in doing so, they established a bond that exists to this day and remains strong to this day.” Law said.

Armed Forces of the Philippines Vice Chief of Staff Lieutenant General Salvador Mison also expressed support towards the United States in remembering the lives of the fallen troops.

“Today, we are facing real challenges and even confront threats that transcend boundaries such as transnational crimes, piracy, terrorism, and even climate change,” Mison said.

“Thus, it is necessary that we work together to address and overcome these challenges,” he added.

Amid the issues between the Philippines and China in the West Philippine Sea, US Secretary of State Mike Pompeo on March 1 said the US government’s “commitments” under the US-Philippines Mutual Defense Treaty (MDT) “are clear, our obligations are real, the [West Philippine Sea] is certainly part of an important body of water for freedom of navigation.”

President Rodrigo Duterte also expressed his intentions to maintain the strong relationship between the two nations, particularly ties in defense and security, as well as peace and order

The US is and will remain our only military ally. You can't make an ally out of a near power—too close for comfort. Natural allies are US across Pacific and Russia behind China. With China friendship is wisest; never a military alliance. The logic of balance of power. https://t.co/w0122HlSpv

“The US is and will remain our only military ally. You can’t make an ally out of a near power — too close for comfort,” Locsin said in an earlier tweet. (Editor: Julie Espinosa)

Locsin: China is a PH ally, but US is only military ally

Locsin: US is and will remain PH’s only military ally