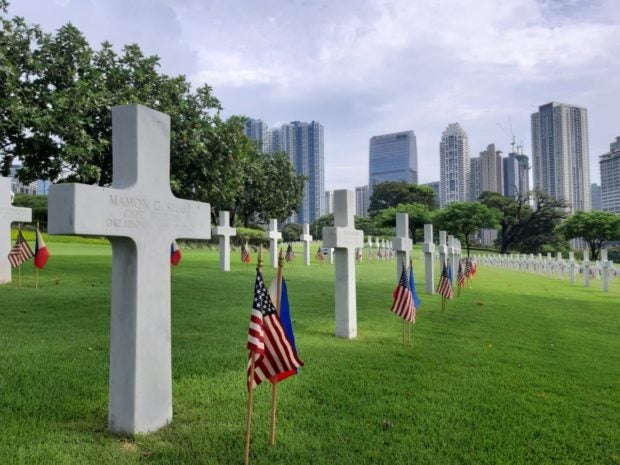 Philippine and American flags stand side by side in front of crosses marking the graves of Filipino and US soldiers who fought and died in World War II. INQUIRER.NET / NEIL MERCADO

MANILA, Philippines — The Philippines and the United States remembered more than 17,000 soldiers who died in World War II during Sunday’s Memorial Day rites at the Manila American Cemetery and Memorial in Taguig City.

U.S. Embassy Charge d’Affaires John C. Law said that Memorial Day commemorates the sacrifices of soldiers who died in the war while serving in the U.S. Armed Forces.

“Memorial Day is when we remember those men and women who gave their lives in defense of our countries and defense of our freedom,” Law told INQUIRER.net following the celebration.

Among those in attendance were representatives from the US Embassy, the Armed Forces of the Philippines, and several American and Filipino veterans. 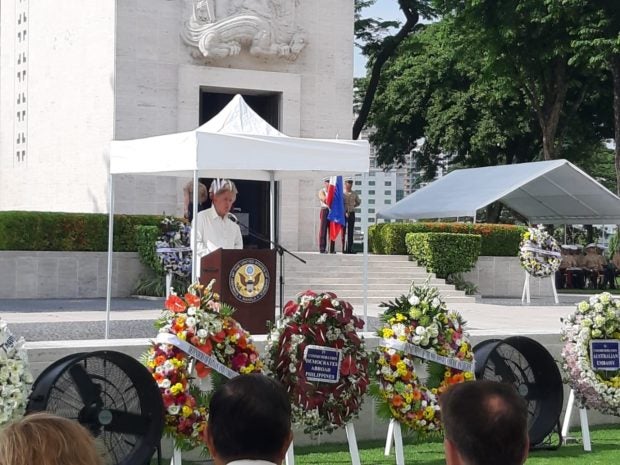 US Embassy Chargè d’Affaires John Law delivers their Memorial Day message at the Manila American Cemetery and Memorial in Fort Bonifacio in Taguig City on Sunday, May 26, 2019. INQUIRER.NET / NEIL MERCADO

The Philippine Marine Corps and the United States Marine Corps presented the colors followed by the offering of flowers by the US Embassy and the AFP.

The event was held at the Manila American Cemetery and Memorial in Fort Bonifacio where 17,000 American and Filipino soldiers are buried.

Aside from the graves, over 36,000 names of missing soldiers are also inscribed in the walls of a building inside the cemetery. 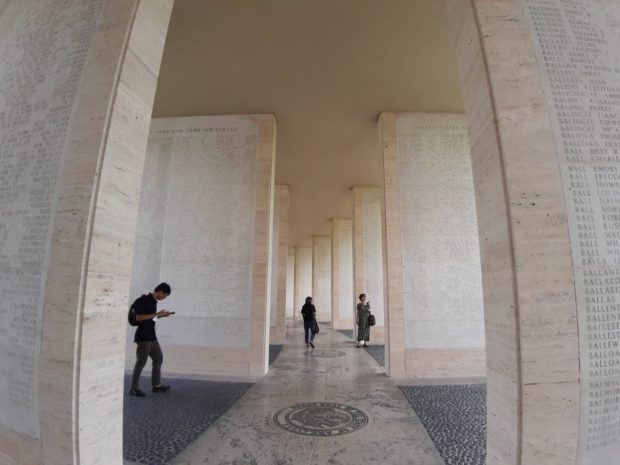 Visitors to the Manila American Cemetery and Memorial in Taguig City walk among the walls of the missing on Memorial Day, May 26, 2019. INQUIRER.NET / NEIL MERCADO

“On the walls you will see Americans and Filipino names as they fought together in spirit here. Today is the day when we remember and thank them for what they did,” Law said.

The AFP also showed its support towards the United States, noting that remembering the courage of the fallen troops is essential in reminding younger generations of past hardships.

“We are given the opportunity to glorify and celebrate their courage and to relive their memories so that future generations, they come to know and appreciate their selfless sacrifice,” said AFP Vice Chief of Staff Lieutenant General Salvador Mison. 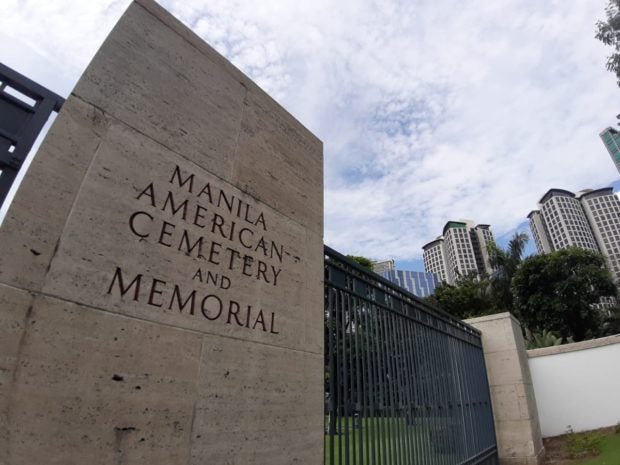 The Manila American Cemetery and Memorial is host to more than 17,000 remains of Filipino and American soldiers who died in World War II. INQUIRER.NET / NEIL MERCADO

“Despite the chaos and destruction that wars have caused, [we] came together as the community of nations strive for a better world to live in,” Mison added.

On Saturday, more than 200 volunteers placed American and Filipino flags on the graves of the fallen soldiers.

Over 200 volunteers placed U.S. and Philippine flags at more than 17,000 graves at the Manila American Cemetery in preparation for tomorrow’s Memorial Day Ceremony, an annual commemoration for those who died in service to the nation. #FriendsPartnersAllies pic.twitter.com/VNyBSGioMd

Memorial Day is an American holiday observed every fourth Monday of May. (Editor: Cenon B. Bibe Jr.)