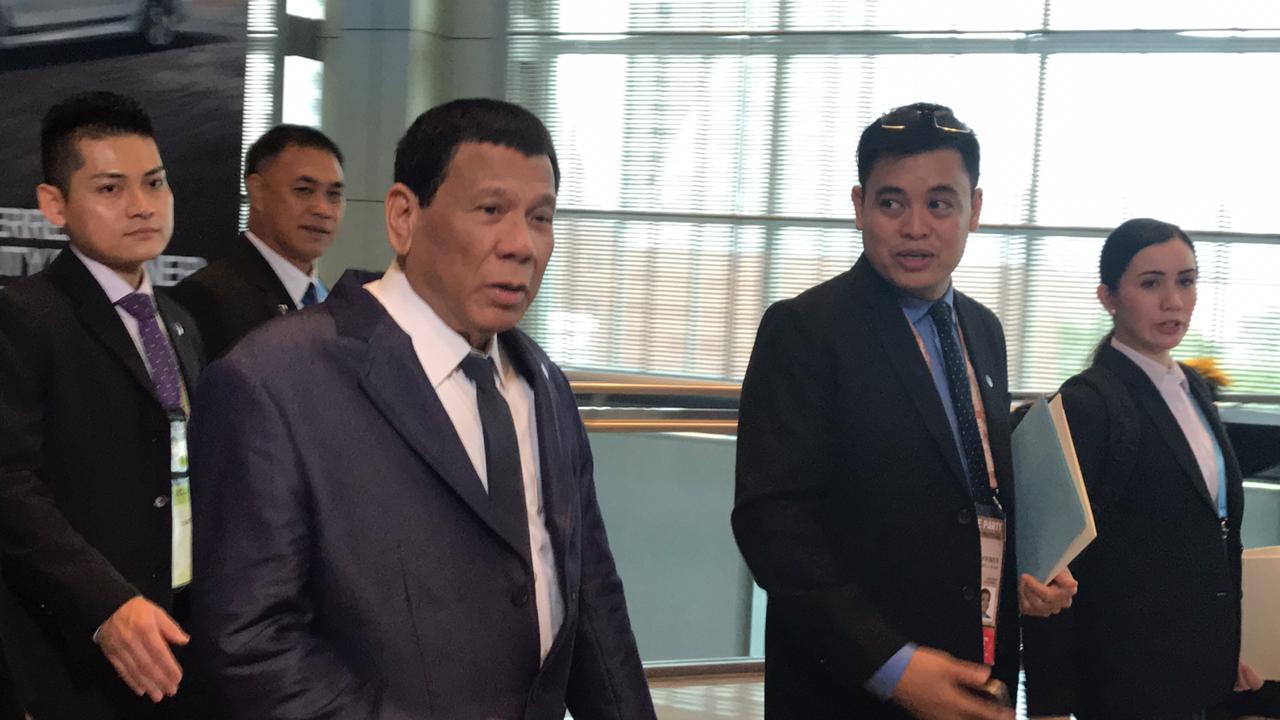 President Rodrigo Duterte lashed out at his critics who criticized him for skipping a breakfast meeting with his counterparts from Southeast Asian countries and Australia, saying that the gathering was an “informal” event.

Duterte was referring to the Asean-Australia Informal Breakfast Summit, the first event for the Southeast Asian leaders during the second day of the 33rd summit in Singapore.

According to Duterte, the breakfast was too early and he arrived in Singapore from Davao at a wee hour.

(We arrived there from Davao at 1:30 a.m., so we had to fix our things and I don’t understand these Australians [for arranging] an 8:30 a.m. invitation for an informal breakfast. I told my soldiers why should I go there firstly I don;t eat breakfast.)

However, Presidential Spokesperson Salvador Panelo said that the chief executive has to take “power naps” and needed to recharge.

Duterte also said that he is not fond of buffets and would choose to eat canned sardines and corned beef.

(To tell you honestly, every time, I make it a point to bring with me corned beef, dried fish and canned sardines, these are the only stuff I eat, I am not fond of buffet. You go to the hotel now and I will give you corned beef.)

He is scheduled to return to the country on Saturday, skipping again some of the most important events during the meeting.

‘That is our truth’: CEO debunks allegations vs ABS-CBN amid franchise row