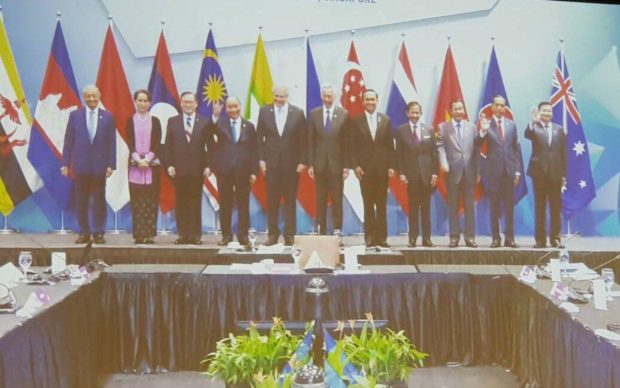 Malacañang has yet to issue a statement on the President’s absence.

This is not the first time the President skipped an event with fellow head of states.

During the Asia-Pacific Economic Cooperation (Apec) summit in Peru on November 2016, Duterte skipped the gala dinner and was also a no-show at the  traditional family photo of the 21 Pacific Rim leaders.

The President also skipped the meeting of regional leaders with the United States and India on the last day of the Asean in Vientiane in September 2016. /cbb