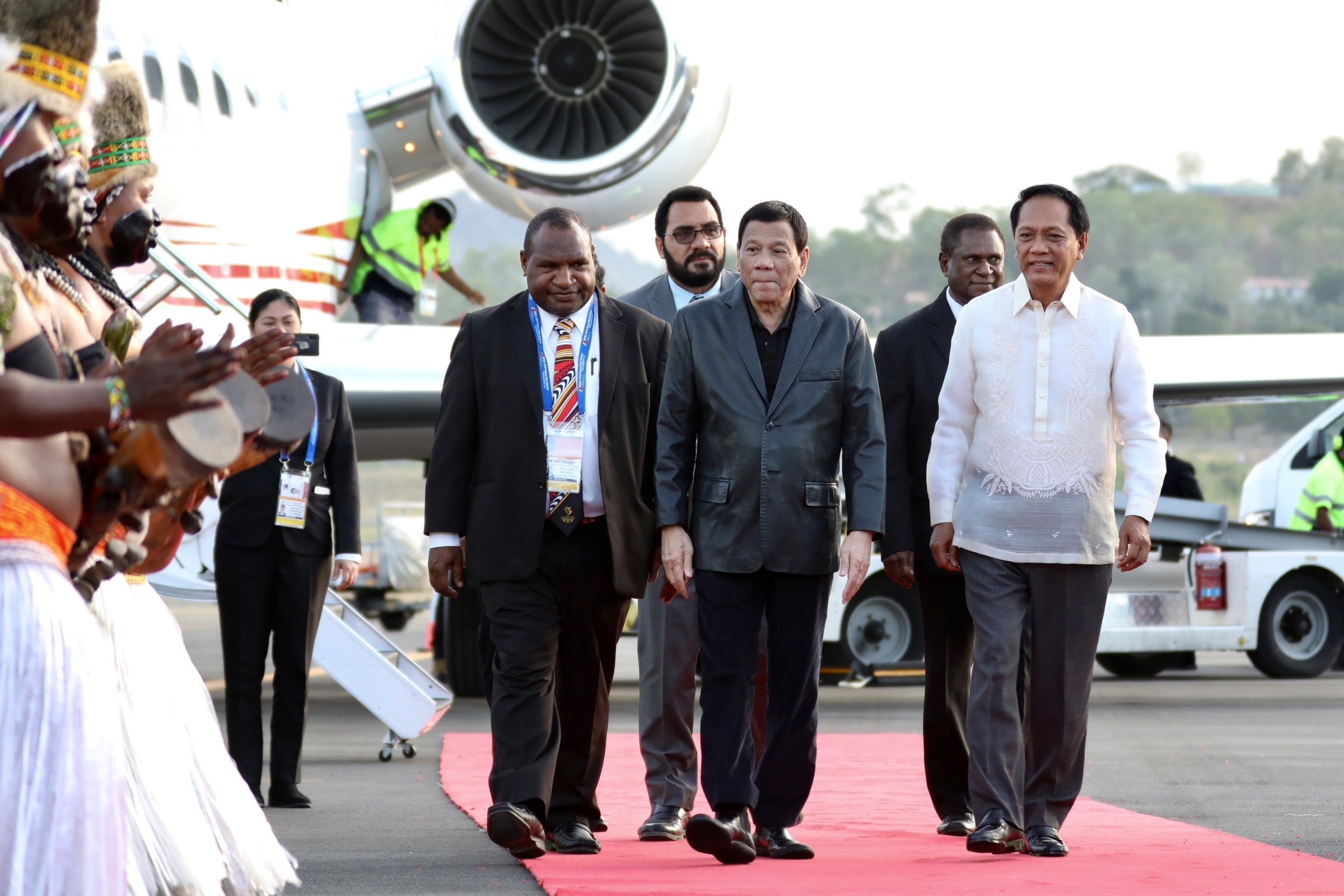 President Duterte will leave Papua New Guinea a day earlier than scheduled, skipping some of the most important events at the Asia-Pacific Economic Cooperation (Apec) Leaders’ Meeting, Malacañang said on Friday.

Based on an updated schedule of his engagements in Port Moresby, Mr. Duterte will leave Papua New Guinea at 11:15 p.m. on Saturday.

He is expected to arrive in Davao City on Nov. 18 at 3:15 a.m., Malacañang said, without explaining why the President needed to leave halfway through the Apec meeting.

In the original schedule, the President was supposed to leave Port Moresby at 4:15 p.m. on Sunday and arrive four hours later at Davao International Airport, where he was scheduled to give an arrival statement.

But Malacañang said on Friday evening that Mr. Duterte would no longer address media on his arrival.

“No more arrival statement, thank you,” it said.

In Singapore, the President also skipped several major meetings supposedly to take “power naps” as he was too exhausted.

His absences fueled criticisms and fanned new speculations about his health.