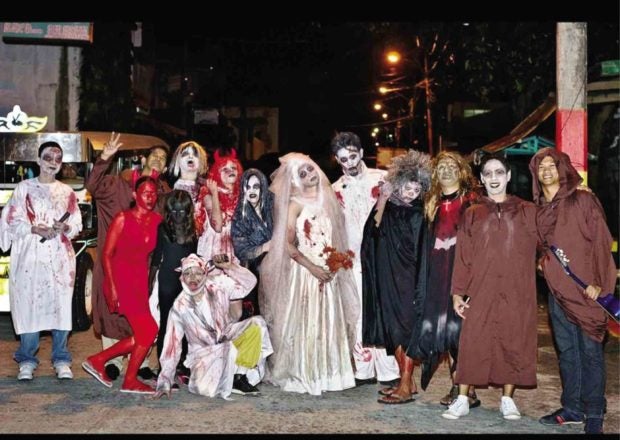 Halloween merrymakers pose with their costumes in this file photo. INQUIRER FILE

Authorities in Saudi Arabia have agreed to temporarily release the 19 Filipinos who were arrested during a raid at a Halloween party last Friday to the custody of the Philippine Embassy in Riyadh, the Department of Foreign Affairs (DFA) said Tuesday.

Ambassador to Saudi Arabia Adnan Alonto said that Chief Prosecutor Khalid Al Hozaimi provided the names of the 19 women who are currently detained at the Al Nisa jail — not 17 as initially reported — and agreed to turn them over to the custody of the Embassy.

According to Alonto, authorities may file charges against the Filipinos for violating Shariah law, which prohibits interaction especially in public among unattached men and women.

The 19 women were among several Saudis and foreign nationals who were arrested while attending a Halloween party at a private compound in Riyadh, he noted. /cbb