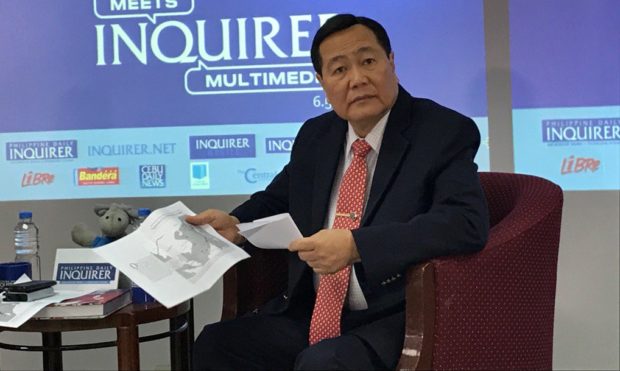 Supreme Court Senior Associate Justice Antonio Carpio will continue with his advocacy of standing for the country’s rights in the West Philippine Sea even if his possible appointment as chief justice will be put on the line.

Carpio is the most senior justice of the Supreme Court, having been a magistrate since 2001.

He is currently an acting chief justice again after the retirement of Chief Justice Teresita Leonardo-de Castro.

He also served as acting chief justice when Maria Lourdes Sereno was removed via a quo warranto proceeding and when the late Chief Justice Renato Corona was impeached.

Carpio is automatically nominated to the chief justice post, but he declined his nomination when the Judicial and Bar Council (JBC) was searching for Sereno’s replacement, saying he would not want to benefit from a ruling that he opposed.

With De Castro’s retirement, he was again automatically nominated. This time he accepted it.

The last say on who will replace De Castro will be President Rodrigo Duterte based on a shortlist of candidates that will be submitted by the JBC.

Duterte and Carpio have been at odds on the WPS issue, with Duterte maintaining a friendly stand with China.

Carpio said the President had not done anything to defend the Philippine territory.

“The President has the prerogative to appoint whoever he wants and I will respect that. But that will not stop me from continuing my advocacy because for me this is more important than anything else,” he stressed.

Carpio was one of four senior SC justices who accepted their automatic nominations to the chief justice post. The three other senior justices are Diosdado M. Peralta, Lucas P. Bersamin, and that Estela M. Perlas Bernabe.

Another senior justice, Mariano C. del Castillo, declined his automatic nomination because of his additional work as chair of the 2018 bar examinations committee, among other reasons.

Justice Andres B. Reyes Jr. has also accepted the recommendation for him to be chief justice. /atm