Carpio: Duterte hasn’t done anything yet to defend PH territories 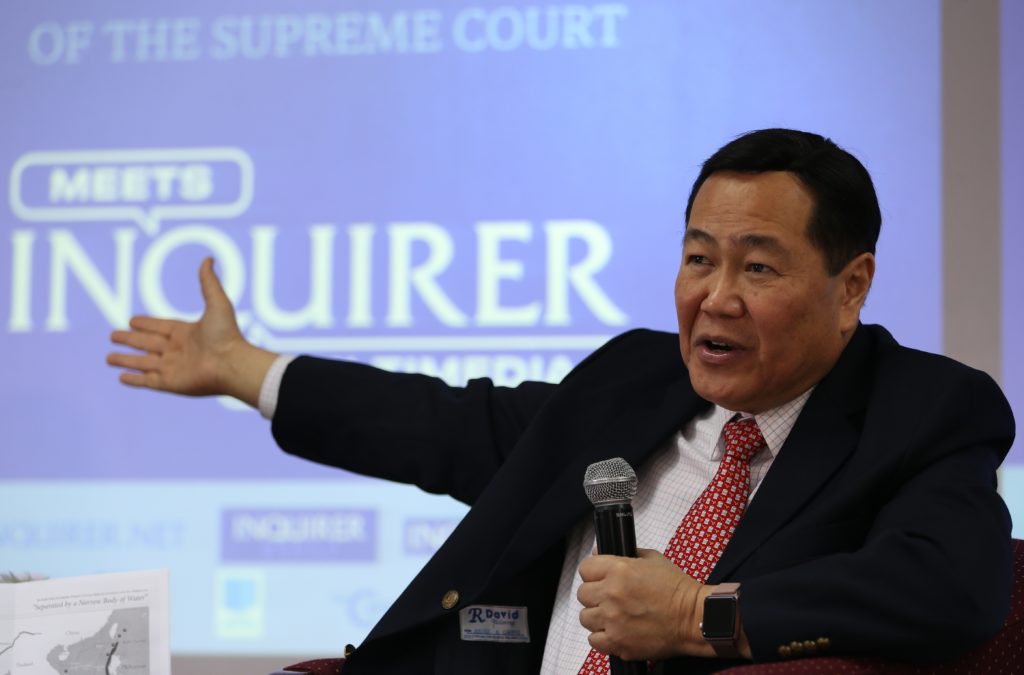 President Rodrigo Duterte has not done anything yet in defending the Philippine territory and maritime entitlements, Senior Associate Justice Antonio Carpio said Monday.

Last year, the Permanent Court of Arbitration (PCA) upheld major submissions of the Philippines, including the declaration of China’s nine-dash line as contrary to United Nations Convention on the Laws of the Seas (UNCLOS) and has no basis in law.

The award also affirmed Philippines’ stance that China’s move to shoo away Filipino fishermen at the disputed Scarborough Shoal was  unlawful.

It also declared that the Mischief Reef, Second Thomas Shoal and Reed Bank as “part of the exclusive economic zone and continental shelf of the Philippines, and are not overlapped by any possible entitlement of China,” according to them.

The PCA ruling also held that China violated its obligations under UNCLOS to protect and preserve maritime environment when it built artificial islands in Mischief Reef without necessary permission from the Philippines.

With Duterte as President, Carpio said he will give him an “A++” when it comes to being friendly with China.

“But on the two other things—defending our territories and maritime entitlements, he has not done anything yet,” Justice Carpio said.

He pointed out that if there is a time to act, it should be now.

“Time is of the essence,” Justice Carpio said.

The high court’s Senior Justice explained that if China succeeds in making the nine-dash line its national boundary, it will deprive the Philippines of 80 percent of its waters and resources.

Carpio said the country will lose the Reed Bank which is essential, considering that the Malampaya, which supplies 40 percent of the energy requirement of Luzon, will run out of gas in 10 years.

“Unless, we develop Reed Bank as a substitute, we will have a 10 to 12 hours of brownout in Luzon which will devastate our economy,” Carpio explained.

“Also we get not less than 25 percent of our food supplies from the West Philippine Sea. We will lose all of that. Our fishermen cannot fish in their traditional fishing grounds in Scarborough Shoal and in the Spratlys,” Carpo said.

Carpio said there should be a national consensus.

“We cannot defend West Philippine Sea, we cannot stop China unless we are united. That is the only way and I do not see that happening yet,” Carpio said, adding that if the Philippines will lose its battle in the territorial dispute, “we will lose it forever, China will not give it back.” JE/rga