After UAE amnesty, OFW to marry Emirati fiance in PH 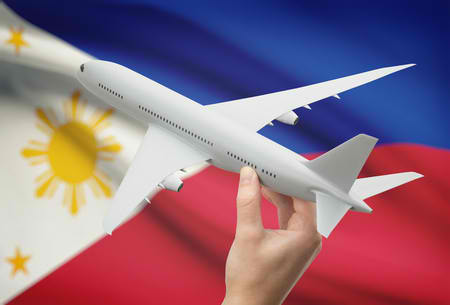 Coming home was much sweeter for Yunilyn Liamzon after she gained amnesty from the United Arab Emirates. Not only is her fine waived, she also came hand in hand with her fiance Ahmad Ali Alalili, Khaleej Times reported yesterday, Aug. 26.

With the help of the Philippine Consulate in Dubai, Liamzon was part of the second batch of repatriated Filipinos who arrived yesterday morning at the Ninoy Aquino International Airport.

Before Liamzon arrived in the UAE in 2010, she followed the legal processes to work abroad, such as receiving a certification from Technical Education and Skills Development Authority (TESDA) and securing documents through the Philippine Overseas Employment Administration (POEA).

With an employment visa, she had a job as a beautician in the city of Sharjah. But 2011 saw the salon shut down and she had to scramble for a new job.

Her next employer was in Ajman and she was promised that her visa would be processed. But years passed and by 2015, her passport had expired. Her overstaying penalty eventually amounted to nearly Dh170,000 (P2.4 million).

She sought to pay the fine through the Philippine Consulate in 2016 but chose to forego it when she was told that she would get a travel ban.

This year, UAE announced an amnesty program and Liamzon took the opportunity to fix her residency status.

The one-way ticket to the Philippines, the outpass from the Philippine Consulate worth Dh221 (P3,200) and welfare assistance of Dh365 (P5,300) were paid for via the Philippine Assistance to Nationals fund. Those with absconding cases were also given Dh521 (P7,500).

Alalili, who met Liamzon six years ago, paid for his own fare coming back with her. The couple will visit Liamzon’s hometown in Davao City and prepare for their wedding.

“I really want our wedding to happen in the Philippines so that my family can witness it,” said Liamzon.

By September, the groom-to-be will head back to his country in September to attend to the spousal visa. They plan to raise a family in UAE — but first, Alalili wants to see Davao’s sights, such as a beach and President Rodrigo Duterte’s home. Niña V. Guno/JB