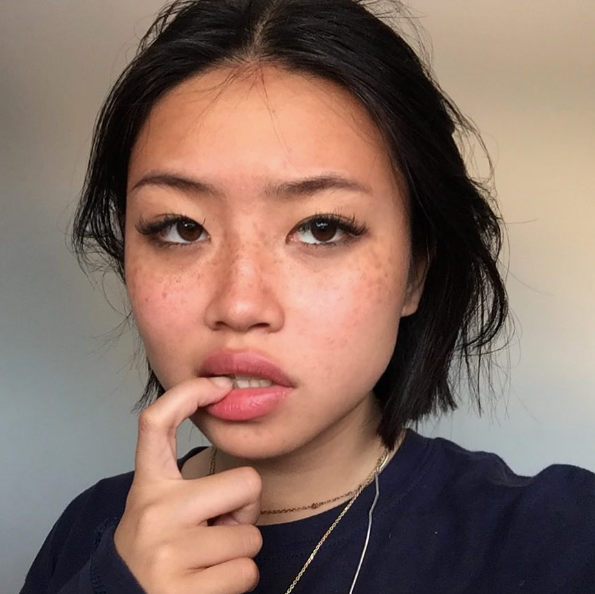 At 18 years old, the UK-born talent has almost 100,000 Instagram followers, over one million plays on Spotify – and she’s just been signed to independent music label, Dirty Hit. (Fellow Filipino music artist, No Romeo, was also signed to Dirty Hit earlier this year.)

Bea rose to internet fame after releasing her first song, “Coffee,” recorded in her friend’s bedroom, through a private account on YouTube and on Spotify in September 2017. The single caught the ears of major international record labels and has since been covered hundreds of times on YouTube.

“Beabadoobee was my private account, and when I uploaded ‘Coffee’ I thought, ‘I’m releasing a song nobody cares about,’” says the singer-songwriter. “Then it just went crazy. It blew up on YouTube. I didn’t look at it for a while, but it had reached 300,000 views – I wondered where the hell that came from. Then on Spotify, it had just over 800,000 hits.”

“I had no idea ‘Coffee’ would receive that sort of reception, I just made the song for fun. I thought only friends were going to listen to it. My friend Oscar helped me produce it. He helped me out with putting it on all the websites and stuff, but we didn’t really expect the song to go crazy. He knew how to do all the uploading – we just wanted to see if it would make any money or anything.”

Bea says that the song was inspired by her boyfriend, and was the first song she ever wrote on guitar: “I didn’t know how to write songs or play guitar, but I played the exact same chords for the whole song.”

After releasing “Coffee,” the first record label to approach Bea was Interscope. With its help, she released “Lice” – her EP. After that, Sony, Columbia, and Dirty Hit got involved. Every label was major except for Dirty Hit, which is exactly what drew Bea to sign with it.

“I wanted to stick by Dirty Hit, because it’s independent, and I have a really good relationship with them. They found me through Spotify.” Other artists signed to Dirty Hit include The 1975 and Wolf Alice.

Bea chose to join an independent label because of the creative freedom it offers.

“I like Dirty Hit because they’re very free and open – they said I can do whatever I want. Obviously, they guide you and help you with advertising and putting stuff out there. But in terms of my sound and image and what I want it to look like, music video-wise or sound-wise, they’re like – ‘that’s your thing, you do your thing.’”

Preparing for the music industry

Describing her sound as indie-folk, or as indie rock based around bedroom pop, Bea says that her musical journey was primarily self-taught. She learned to play guitar by watching YouTube tutorials.

“I first got into music when I was like 7. When I was seven I used to write weird songs as a child, about being chased by squirrels having phlegm. I got my first guitar at sixteen, that’s when I properly started getting into writing music.”

“I think it’s way easier to learn things today, with the internet, but there’s a genuineness about learning from scratch,” says Bea. “I mean, I did use YouTube videos, but it comes down to your effort and your mind-set. If you really want to do something, you’ll be motivated to achieve it.”

“My parents didn’t have too much of an influence on me. I didn’t even think I wanted to be a singer. My mum showed me mostly ‘80s American music. That got me into bedroom pop, and then I moved into indie music, which is where my influences are from.”

“Alex G is great, I love him so much. He inspires me. I really want to do some Christmas songs inspired by Shet Baker. In the future, I’d love to collaborate with Alex G and Paul McCartney, if he’s still around! I love the Beatles. They’re a very big influence. I have all their cassettes. My favorite album is Rubber Soul – though it changes every week. Last week was Sergeant Pepper.”

Regarding how she wants people to consider her as an artist, Bea says: “I’d like them to think of my music as fun, as a take on childhood and youth and never growing up, and also with an element of childlike vulnerability.” 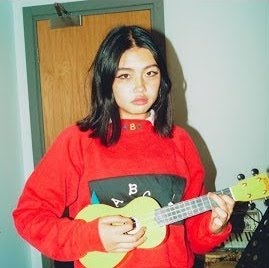 Bea grew up in London with Filipino parents. However, her identity is something she’d like to explore further.

“I think I struggle in terms of finding my Filipino identity. If I’m going to be completely honest about it, I do struggle to embrace it fully. I’m very proud of calling myself Filipino, but, for example, every time my parents throw a Filipino party I get really awkward. I guess that’s because I’ve been so exposed to British culture.”

“One day, I do want to live in the Philippines for a bit to discover my roots, that kind of thing, so I can really appreciate that aspect of my identity.”

Growing up as a Filipino girl and being introduced to OPM music, however, has played a role in shaping her musical sound.

“As weird as it sounds, and ironic as it is about my music now, there is some similarity to the OPM music I grew up with. OPM is very folky in a sense, and I think I subconsciously put the folksiness from that into my own music.”

Repurcussions of the limelight

With internet fame comes great responsibility. Bea, whose personal Instagram profile has almost 100,000 followers, racking up 17,000 likes per post, says that some days, she can’t even bear to look at her phone.

Even if hundreds of comments are positive, one comment from a hater can ruin her day. “There are so many haters that make me upset. It’s really hard to focus on the positive when you see such a horrible comment. I always absorb the negativity and feel bad.”

Bea says that whilst she’s working through it, she still hasn’t gotten used to unwarranted criticism from being in the spotlight. “It affects me lots – people on Instagram think it doesn’t but it does. I’m sad, I’m vulnerable, please! I don’t know why people are mean. I want to ask them to stop but they won’t. I don’t even want to look at the comments. I literally throw my phone away, I don’t want to touch the situation. I should, but I’m that scared and vulnerable, I just can’t do the negative comments or confront them.”

“A burden is lifted from my chest after I express my emotions in music,” she admits. “I do get sad quite often, and social media is to blame for a lot of the time. For example, I hate Instagram and love it at the same time. I love people and hate them at the same time.”

“Sometimes I will literally turn off my phone and throw it at a wall and not touch it for the rest of the day. Sometimes it can get so overwhelming.”

On her 18thbirthday, Bea’s boyfriend uploaded an image of her without make-up to Instagram, wishing her happy birthday in the caption. There was a flood of disguted comments from haters, which tore Bea’s self-esteem apart, and led her boyfriend to delete his account.

“I spent the whole night of my birthday crying. I just cried. I just got overwhelmed and had a major breakdown. Then I took a break from social media and didn’t touch my phone the next day.”

The majority of people who comment Bea’s account are younger teens, but the people who follow her are usually over 18. She has to be careful with what she says or uploads, because her young audience is sensitive and impressionable.

“If I have a cigarette in a photo, or I’m smoking, they hate it. And I understand that they care about me like that. I appreciate them so much, because without them I wouldn’t be anywhere. So I try my hardest to consider that sort of thing.”

Preparing for the music industry

Because everything happened so quickly after releasing “Coffee,” Bea notes that her brain was forced to mature very quickly. Although 18 years old is standard in the industry, it’s still a young age to be thrown into a new world.

“I think I’ve mentally prepared myself enough. I think I’m ready, because I’m just excited to do everything. My younger brother just turned 7, I think he’s literally the biggest fan of my music. It’s nice having someone who adores you.”

“My parents are super supportive, even though I’m never really home because I’m always out making music, or getting inspired to make music, or seeing my friends.”

“They’re all very creative, and we inspire and help one another all the time. Some of my friends were a bit surprised because they had no idea about all the music stuff I had going on. My boyfriend, Soren, does my album art, Amir helps with photography, and they help me film music videos and so on.”

I ask Bea what she’d like to do in the future, and she pauses for a moment, chewing on her lip.

“This is random, but I really want to get a caravan,” she says, breaking into a grin. “Then I think it would be super sick to make a children’s book. And maybe sooner, rather than later, I want to make soundtracks for movies. That’s my main goal for now.”