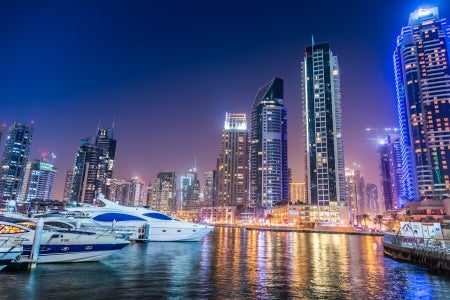 Expats in the United Arab Emirates are being given a chance for a fresh start with the law through an amnesty program that begins in August.

Jamila, a 26-year-old Filipino woman, has been living illegally in UAE after her visa expired. She graduated from a state college in the Philippines and worked in Dubai for four years as an executive secretary. She was an office administrator in a shipping company in her last job.

It is dire circumstances that have gotten her into her predicament as an illegal resident: she has no legal documents after her abusive husband withheld them from her, reports The Khaleej Times. Without these, she is unable to apply for a passport for herself and her infant.

Jamila had a long-term visit visa after giving birth, which has already expired. She cannot register her baby without documents and incurs a Dh100 (P1,450) fine each day after the 120-day grace period.

Jamila has a four-month-old baby with her Pakistani husband who abandoned her. While they were together, she discovered he was having an affair with a married Pakistani woman. Her days as a battered wife began then, and he would purposely hit her on the head to avoid the bruises from being visible.

She has faced financial challenges after she was relieved from work when her belly became “too big,” back when she was six months pregnant in December 2017. Meanwhile, her husband used her Islamic certificate for a scam to raise money, which he sent to his own family back home.

Without health insurance, Jamila incurred a Dh15,000 bill (P218,000) after giving birth to her child in March. Only after making repeated pleas to her husband did he foot the bill.

She would finally leave their home after continued abuse from the Pakistani, moving to Sharjah with her mother.

Aside from her illegal status, Jamila also lives in debt. She hasn’t been able to find a job and has depended on credit cards for expenses such as medical check-ups. She estimates that she owes multiple banks up to Dh100,000 (about P1.4 million).

She hopes to avail of the amnesty which will waive fines for overstaying residents. Those who are able to modify their status can search for a job with a six-month temporary visa.

The single mom also intends to get a divorce and still wants to stay in the UAE for “good employment.”