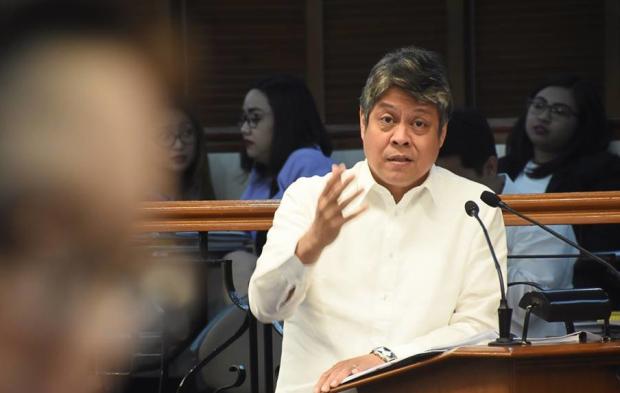 The president of the Liberal Party, Senator Francis “Kiko” Pangilinan, on Thursday urged the Duterte administration to “vigorously” uphold Philippine sovereignty two years after The Hague court handed a landmark ruling favoring the country on the sea dispute with China.

“Here and now, we believe all these what-ifs can still happen provided the national leadership commits to its sacred duty of vigorously upholding our sovereignty and defending our nation’s waters,” Pangilinan said in a statement.

President Rodrigo Duterte and his administration have repeatedly shelved the ruling for warmer ties with China. Manila and Beijing have since engaged in bilateral consultative meetings.

Pangilinan imagined what could have happened had the government used the ruling as a leverage to talk to China and push for an enforceable Code of Conduct in the South China Sea.

He asked: “What if, after the ruling, the Philippine government used its ASEAN chairmanship in 2016 [the same year the ruling came out] and gathered consensus throughout the region for this same Code of Conduct?”

He said peaceful, concrete actions are possible especially after the historic ruling.

“The challenge, not only for the Philippine and Chinese governments, but for all of us, people directly and indirectly affected, is to imagine and work toward a region where conflicts are resolved peacefully, with mutual respect, and for the common good,” he said.

The opposition senator called Filipinos who are directly and indirectly affected by dispute in the South China Sea to imagine and work together to toward “a region where conflicts are resolved peacefully, with mutual respect, and for the common good.”

“What if, after the ruling, the Philippine government pushed for working guidelines on the sustainable use of marine and other resources in the disputed waters?” the senator asked.

“What if, after the ruling, the Philippine government conducted a summit of fisher folks from all claimant countries to discuss common concerns and propose ways of navigating the traditional fishing grounds and make their livelihood less dangerous?” he further questioned. /jpv