Filipino arrested for stabbing GF to death in Tokyo 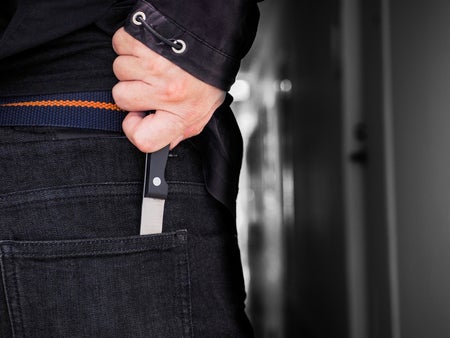 A 30-year-old Filipino was arrested for stabbing his girlfriend to death in her residence in Hamura City, Tokyo, Japan on Monday, July 10.

The Tokyo Metropolitan Police named Alex Montefalcone Okuzumi, a temporary worker, as the suspect in the killing of his 26-year-old unidentified girlfriend, also a Filipino, reports TBS News via The Tokyo Reporter.

The report stated that on Monday night, July 9, Okuzumi slashed his girlfriend with a knife on her arms and legs as he arrived at her home. She was then rushed to the hospital but died on Wednesday morning, July 11.

Okuzumi was later sent to prosecutors for a possible filing of a case of manslaughter. He was quoted by police as saying: “I used a knife to stab her, but I did not intend to kill.”

Authorities are investigating the incident to see if there has been trouble in the victim and suspect’s relationship. Katrina Hallare/JB