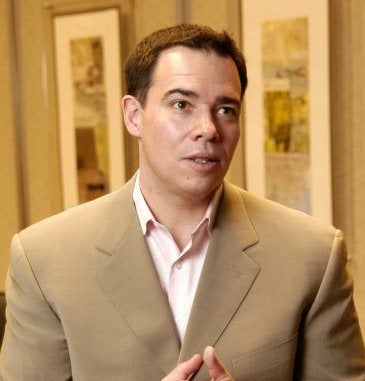 Senior officials of a Washington-based think tank group stressed the importance of asserting the arbitral tribunal’s ruling on the South China Sea, expressing skepticism over a code of conduct being pursued by member-countries of the Association of Southeast Asian Nations (Asean).

At a news conference on Thursday’s closing reception of the Center for Strategic and International Studies (CSIS) international conference “US-Asean Relations: Charting the next 40 Years,” CSIS Southeast Asia program senior adviser Ernest Bower pointed out the popular clamor for the Philippines to assert its claim over the South China Sea using the ruling of the international court in the Hague.

“I think if President Duterte is reading the polls, he would think carefully about the July 12 decision because if you look at what Filipino people think  they are very strong in the arbitration case in the South China Sea,” Bower said, pointing out that 82 percent of Filipinos want to see the arbitration case “followed up and followed through on.”

According to Bower,  the Philippines’ failure to invoke the arbitral ruling could endanger its security and sovereignty.

He stressed, “To squander that opportunity to use such a high-level international legal standard would seem to put the country’s national security and its sovereignty at risk. Rolling the dice. I don’t think that’s the type of leader President Duterte is… He seems to be a very good reader of Philippine national opinion and I think, if I was him, I would heed my people on this question.”

Asked on the importance of establishing a Code of Conduct on the South China Sea, CSIS senior adviser and Southeast Asia program deputy director Murray Hiebert said, “The big question is if it is at all possible to do it. They (Asean and China) have been working on it for years,” adding that Asean would be better off focusing on other concerns.

“I think to put all the emphasis on the code of conduct is spinning their wheels. We took a long time to negotiate the declaration of conduct and then it took 10 years to put in some non-binding principles. So I’m not sure that’s the most effective way to negotiate to get what Asean wants out of China,” he explained.

Read Next
Int’l jurists oppose death penalty bill
EDITORS' PICK
Pope Francis to miss events due to new flare up of leg pain—Vatican
Acer Philippines welcomes you to its first flagship store
More than 150 National Guard in Washington for Biden inauguration test positive for coronavirus
New Year, New Rediscoveries
PNP’s Covid-19 cases jump to 9,809; 52 new infections logged
Is your company a growth champion? Stand up and be recognized!
MOST READ
Ellen DeGeneres, too, is baffled by viral Filipino soda ad
Why Kris Aquino sleeps with her pearls
Dustin Poirier knocks out Conor McGregor at UFC 257
Hurt and heartbroken McGregor ponders future after knockout shock
Don't miss out on the latest news and information.