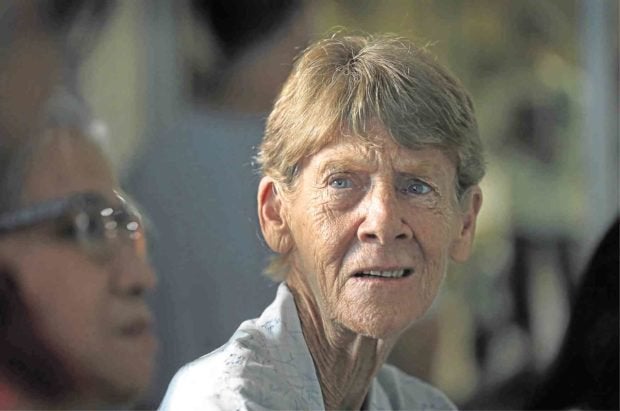 President Rodrigo Duterte said the government won’t reconsider its order for Australian nun Patricia Fox to leave the country after the immigration bureau forfeited her missionary visa for “her involvement in partisan politics.”

“Anybody can criticize me, ’wag lang foreigner,” Duterte said in a speech in Mulanay Quezon on Wednesday.

He said some of his schoolmates from San Beda had urged him to reconsider the Bureau of Immigration’s (BI) decision but to no avail.

Duterte earned his law degree from San Beda Manila in 1972.

Presidential Spokesperson Harry Roque on Monday said the President would meet lawyers from his alma mater who were tapped by the Catholic Bishops Conference of the Philippines (CBCP) to appeal the nun’s case.