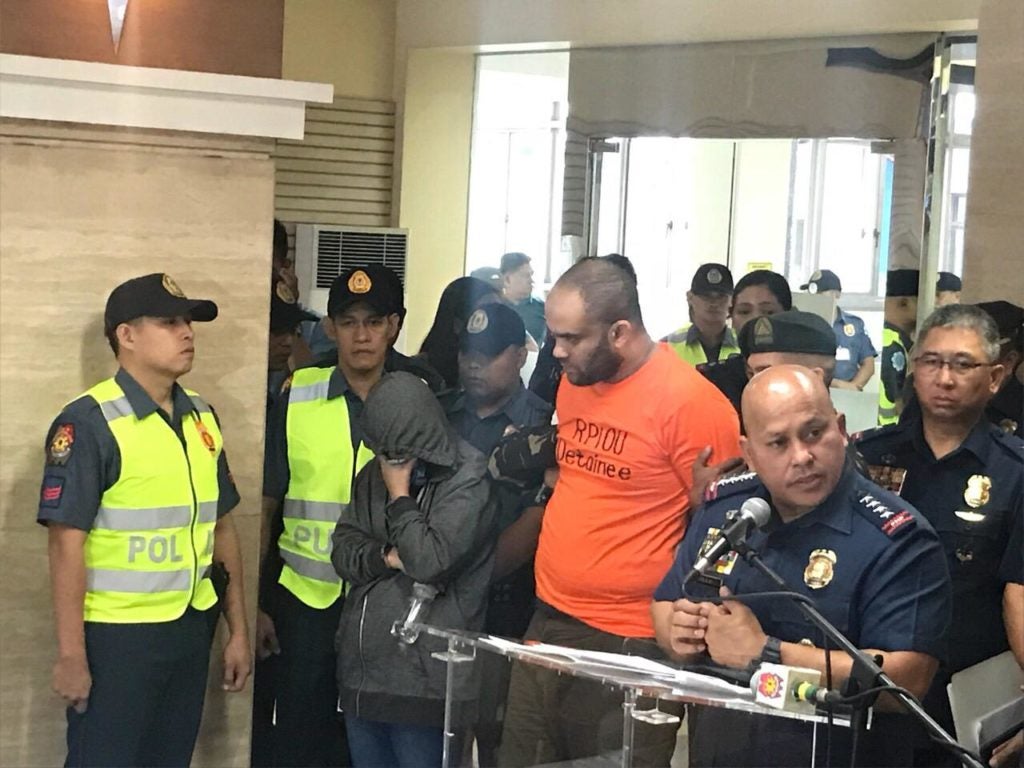 Authorities arrested over the weekend a Tunisian and a Filipina allegedly linked to the Islamic State (ISIS).

The PNP chief said he was a negotiator and commander of the ISIS in Syria.

The arrest was conducted by the Regional Police Intelligence Operations Unit of National Capital Region Police Office and the Armed Forces of the Philippines Joint Special Operations Group.

Authorities found firearms, ammunition, explosives when they were arrested. /cbb