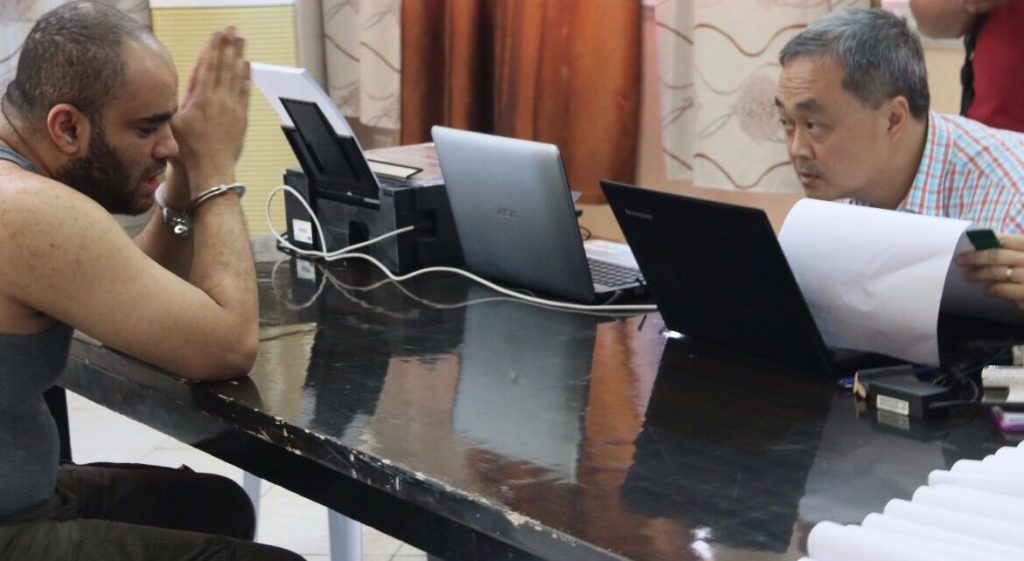 The Philippine National Police (PNP) on Monday filed before the Department of Justice (DOJ) a complaint for illegal possession of explosives against a suspected ISIS recruiter and his Filipina companion.

Facing a complaint for violation of Republic Act 9516 for illegal possession of firearms and explosives is Tunisian national Fehmi Lassqued and his Filipina companion Anabel Moncera Salipada.

They were arrested last Feb. 16 in an apartment in Ermita, Manila by operatives from the Regional Police Intelligence Operations Unit (RPIOU) of the Philippine National Police.

Based on the complaint signed by Superintendent Carlito Narag Jr., chief of RPIOU, seized from the suspects were bomb components including four pipes, two batteries, three capacitors, two integrated circuits, three battery clips and 11 resistors and also the .45-caliber pistol and ammunitions.

The two were assisted by a public attorney. Both suspects waived their right to be immediately released from detention to answer the complaint filed against them in a preliminary investigation.

Senior Assistant State Prosecutor Peter Ong set the preliminary investigation on Feb. 28 where both the suspects are required to submit their counter-affidavit and controverting evidence.