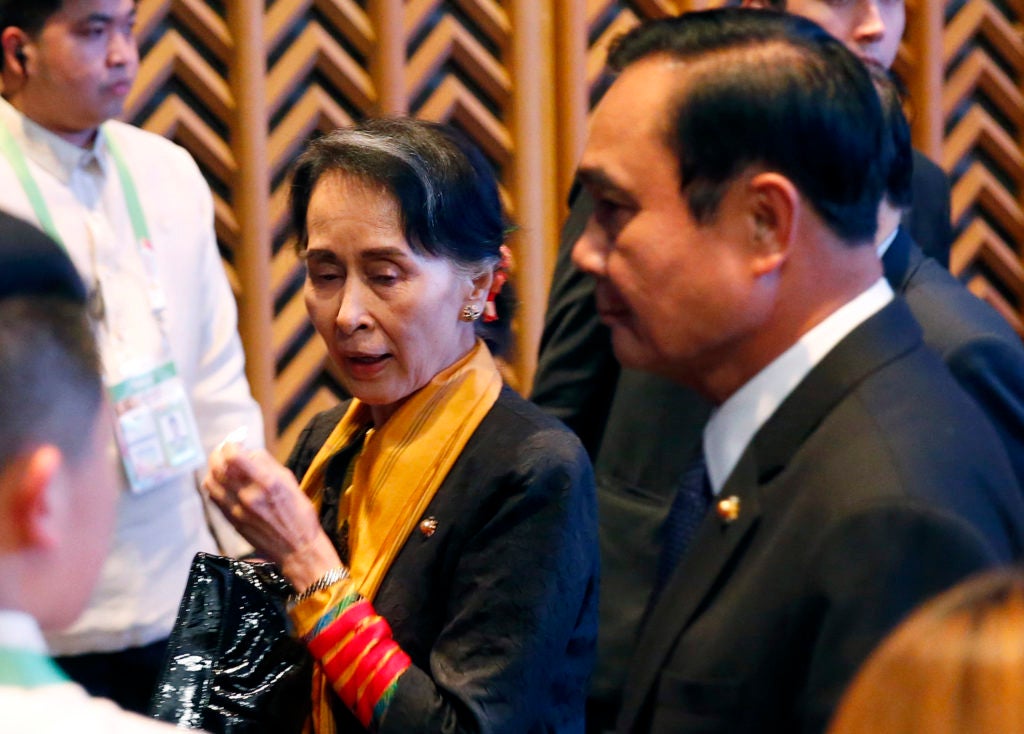 Myanmar State Counsellor Aung San Suu Kyi, center, talks with Thailand’s Prime Minister Prayuth Chan-ocha, prior to the Asean Plus Three Leaders Interface with East Asia Business Council meeting in the ongoing 31st Asean Summit and Related Summits Monday, Nov. 13, 2017 in Manila, Philippines. Twenty one leaders from the Asean and their Dialogue Partners are on a two-day summit which is expected to discuss North Korea, South China Sea and other issues facing the region. (AP Photo/Bullit Marquez, Pool)

The United Nations (UN) chief has expressed alarm over the tragic plight of Rohingya Muslims in Myanmar in remarks before that country’s leader, Aung San Suu Kyi.

He spoke in front of national leaders at a meeting on the sidelines of the Association of Southeast Asian Nations (Asean) annual summit in Manila, Philippines.

Guterres says “the dramatic movement of hundreds of thousands of refugees from Myanmar to Bangladesh,” ”is a worrying escalation in a protracted tragedy and a potential source of instability in the region, and radicalization.”

The conservative Asean bloc has refused to discuss the crisis in a strong, critical manner but a Philippine official has said at least two leaders raised the issue on Monday. /jpv