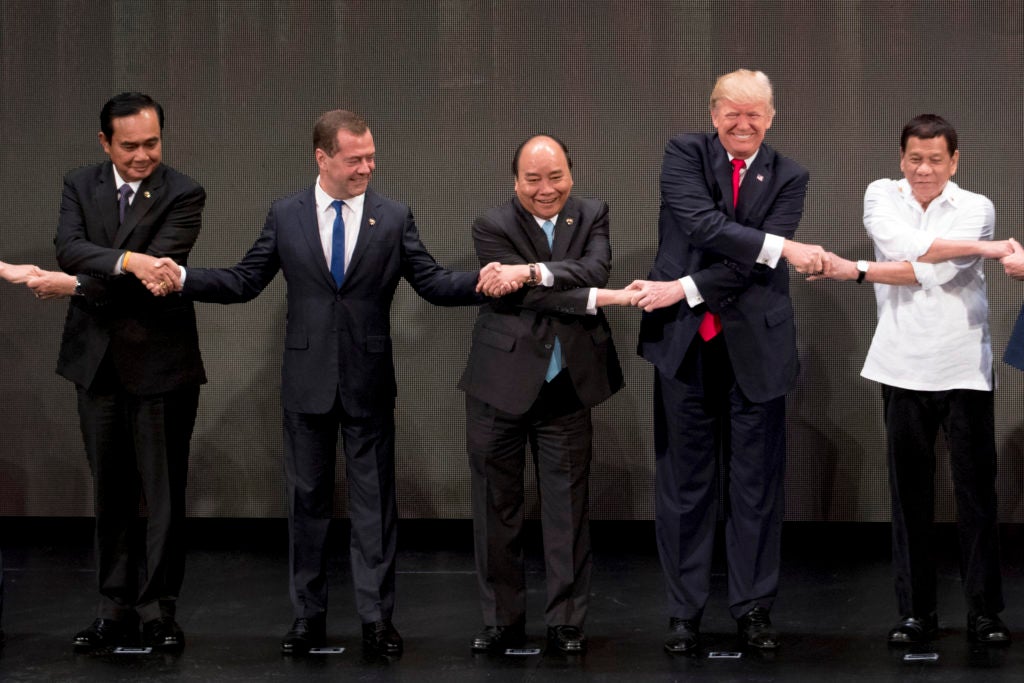 United States President Donald Trump wasn’t the only one confused during the “traditional handshake” at the opening of the Association of Southeast Asian Nations (Asean) opening ceremony on Monday.

But the chain was not broken as Medvedev found a way to connect his arms with the two leaders  beside him. 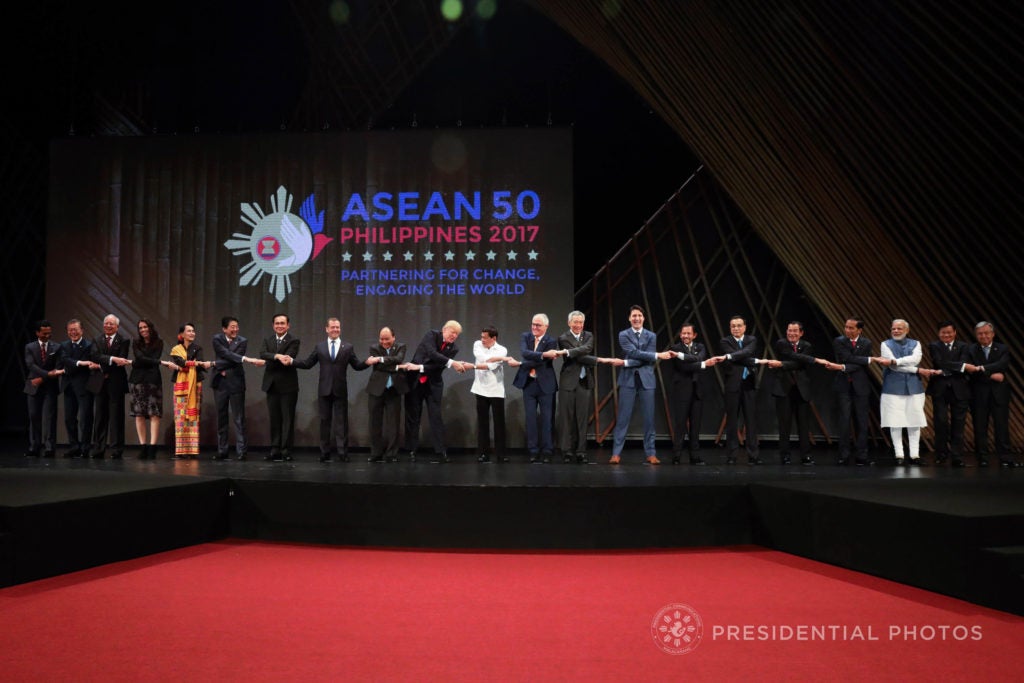 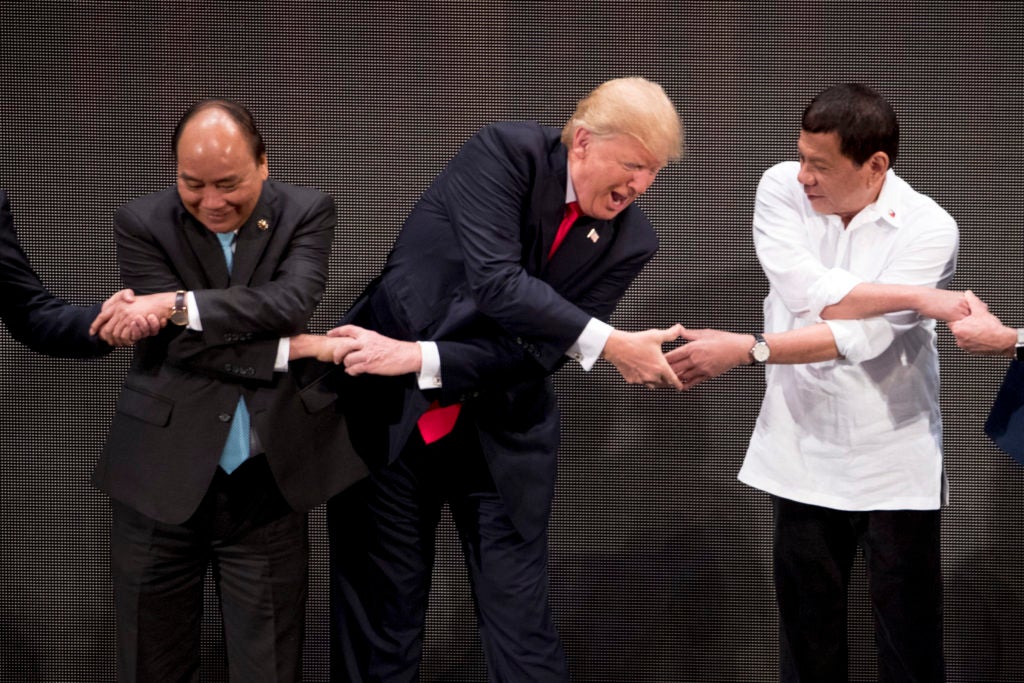 U.S. President Donald Trump, center, reacts as he does the “Asean-way handshake” with Vietnamese President Tran Dai Quang, left, and Philippine President Rodrigo Duterte on stage during the opening ceremony at the Asean Summit at the Cultural Center of the Philippines, Monday, Nov. 13, 2017, in Manila, Philippines. AP Photo

During the traditional handshake, the leaders extend their right arm over their left and shake the opposite hands of those next to him. /jpv