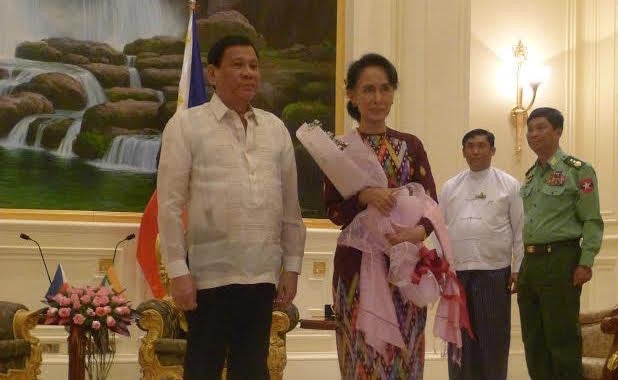 “I can confirm that the Rohingya issue was discussed. It was specifically brought up by two member states,” Roque said in a press briefing.

He did not identify the two Asean leaders who raised the issue of the Rohingyas during the plenary session at the Philippine International Convention Center.

A commission headed by former United Nations chief Kofi Anan in August released a report that called on Myanmar to scrap the restrictions on the movement of citizenship of persecuted Muslim Rohingya.

The report was release before the violence broke out in Myanmar’s Rakhine state which led 600,000 Rohingyas to flee to Bangladesh.

“Myanmar agreed that they welcome humanitarian assistance but there was no specific mention about which country will provide,” Roque said.

He said Ms. Suu Kyi also told her fellow Asean leaders that Rohingyas who had fled to  Bangladesh could return to Mynamar after the two countries sign a memorandum of understanding.

“The process of repatriation of IDPs (internally displaced persons) will conclude within three weeks after a signing of a memorandum of agreement for understanding with Bangladesh,” Roque said.

The violence began after Rohingya insurgents attacked police outposts and a military base in Rakhine state. The violence that ensued saw hundreds of Rohingyas killed, their villages burned down, while thousands fled across the border to Bangladesh.