Can Filipino ID be kept by young who have left PH? Envoys say yes 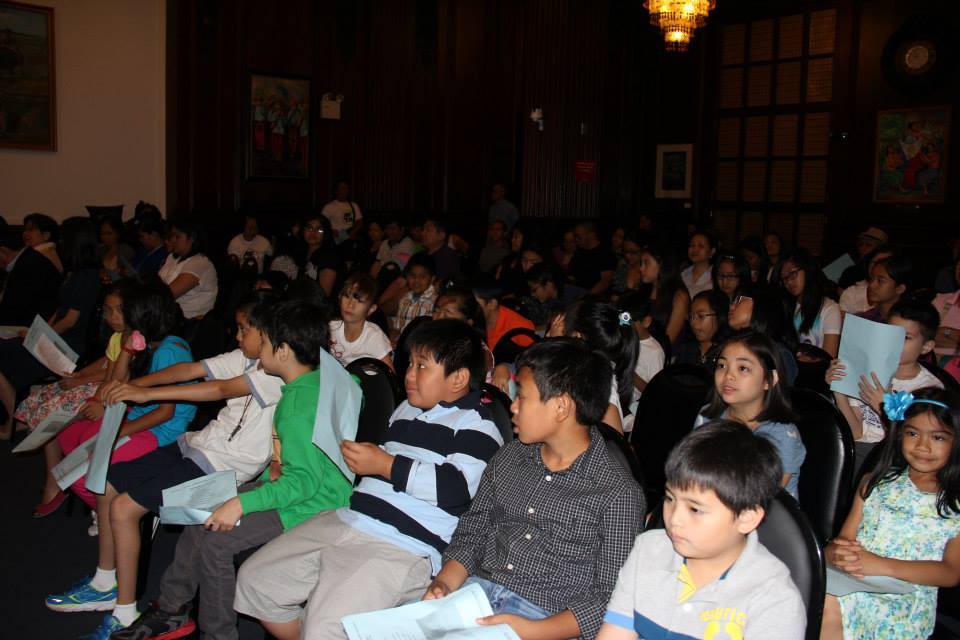 In this July 11, 2015 file photo, Filipino children in New York City gather at the Philippine Center for the Paaralan sa Konsulado, one of the programs for raising awareness of Filipino culture and heritage among young Filipinos who have either migrated to the US or were born there. (CONTRIBUTED PHOTO)

MANILA — To keep the heritage alive among young Filipinos abroad, Philippine embassies in the United States and Israel undertook activities that put the spotlight on the Filipino identity.

Philippine consul general in New York Theresa De Vega paid a visit to the Iskwelahang Pilipino (IP) of Boston, Massachusetts where she discussed with the officers and teachers ways to boost efforts in promoting greater awareness of the Philippine culture and identity.

As part of Philippine Heritage Month and Asian-American Heritage Month, De Vega held a storytelling session of Jose Rizal’s “Ang Pagong at ang Matsing (The Turtle and the Monkey)” for combined classes of second and third generation young Filipino-Americans.

The consul general also donated bilingual Filipino-English books and a Filipino teaching manual, the “Wikahon” series, for use of the IP.

IP was founded in 1976 and is a Philippine heritage education program in the US run by volunteers, mostly parents, from the Filipino-American community in Greater Boston to create a platform for their children to learn about Philippine history, heritage and culture.

The program holds Filipino language classes, cooking lessons as well as dance, music, and performance sessions for 100 students ranging from 3 to 19 years old.  Students of IP serve as Philippine ambassadors of goodwill, actively participating in folk and other cultural festivals in different parts of New England.

The celebration was attended by about 250 people and participated in by 22 Filipino community organizations and groups.

Thirty-two pairs of adults and children “sagalas,” dressed in traditional Filipiniana attire and gowns, paraded with their respective groups colorful floral arches providing guests and locals a glimpse of one of the Philippines’ biggest and colorful cultural traditions.

Also members of the Filipino community members held a short program after the parade featuring songs, folk dances, and a balagtasan (Filipino debate in verse) on the virtues of diligence against wisdom.

Philippine Ambassador Neal Imperial addressed Filipinos in the event, encouraging Filipino workers in Israel to persevere and continue to promote the good relationship between the two countries by valuing their work. SFM