PNP to Callamard: Got better suggestions? 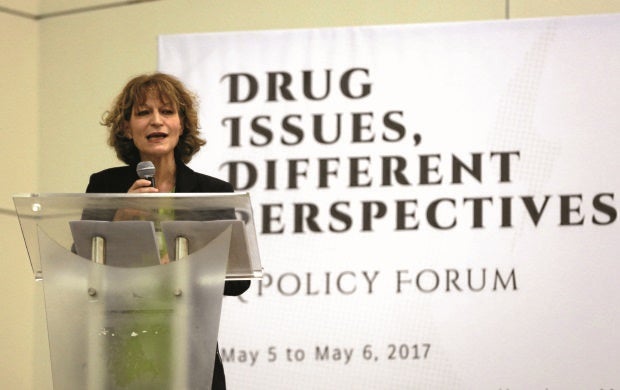 Then what are the better ways?

This was the question posed by the Philippine National Police (PNP) to Dr. Agnes Callamard, the United Nations (UN) Special Rapporteur, who said that the war on drugs does not work.

READ: ‘War on drugs does not work’—UN expert

PNP spokesperson Chief Supt. Dionardo Carlos urged Callamard to give recommendations on how the police could effectively address the drug problem “with an estimate of 4 million people hooked on illegal drugs.”

“Then what (are) their better ways? The ways of the PNP (are) to reach out to the drug offenders (users and pushers) and offer the avenue (for) change through Project Tokhang resulting to 1,266,966 surrenderers in a nation with an estimate of 4 million drug users,” Carlos said in a statement on Friday.

“The PNP is open to all possible help or recommendation,” he said.

Callamard said the UN”s general assembly in April 2016 recognized the fact that “explicitly… the ‘war on drugs’ – be it community based, national or global – does not work.”

“And further, that many harms associated with drugs are not caused by drugs, but by the negative impacts of badly thought out drug policies,” Callamard said.

The UN representative, who has been at odds with President Rodrigo Duterte for criticizing his drug war, spoke in a drug policy forum at the University of the Philippines Diliman. Her unannounced visit has disappointed the Malacañang.

Carlos pointed out that the Philippine government has already extended all possible help through the Departments of Health and Social Welfare and Development to allow drug addicts to be treated either by community-based wellness centers or in drug rehabilitation facilities.

“This is just in a span of eight months,” the police official stressed.

“I hope they look at the ICAD (Inter-agency Committee on Anti-Illegal Drugs) and the NADPA (National Anti-drug Plan of Action) which will show what is the policy of the government,” he added. IDL/rga