Duterte to complete Asean swing with trips to Myanmar, Thailand 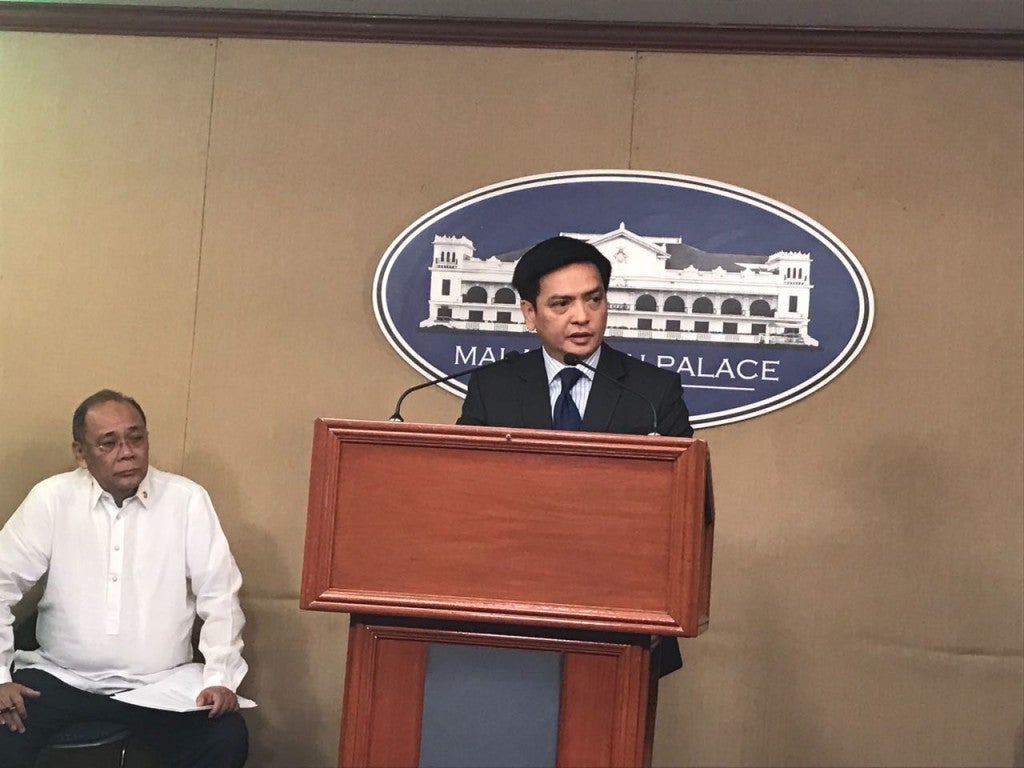 President Rodrigo Duterte is scheduled to go on official visits to Myanmar and Thailand next week to complete his swing through the nine other member-states of the Association of Southeast Asian Nations (Asean).

“President Rodrigo Duterte will undertake [an official] visit to Myanmar on March 19 and March 20, to be followed by an official visit to the Kingdom of Thailand on March 20 to 22,” foreign affairs spokesperson Charles Jose said in a Palace briefing.

Jose said “these visits are part of the President’s introductory visits to countries in Southeast Asia.”

He said Duterte’s state visit to Myanmar was upon the invitation of the President of Myanmar,  U Htin Kyaw.

Duterte, he said, is scheduled to hold bilateral talks with Htin Kyaw who will host a state banquet in honor of Duterte.

Jose said Duterte would also meet the Filipino community in Myanmar in the capital city of Nay Pyi Taw.

He said the Chief Executive would inform the Filipino community “about his administration’s priority programs and developments in the Philippines.”

Jose said that in Duterte’s Thailand trip, he and Thai Prime Minister General Prayut Chan-o-cha would hold bilateral meeting “where they are expected to discuss issues of mutual concern, including political, economic, agriculture, energy, education, and defense cooperation.”

“President Duterte is expected to brief Thai officials on the priorities and programs of the Philippines for its Asean Chairmanship this year,” he said.

The President is also “scheduled to meet the more than 16,000 Filipinos living and working in Thailand,” he said.

“The visits to Myanmar and Thailand demonstrate our leaders’ resolve to forge stronger relations with our neighbors and cooperate closely with them in various areas of endeavor,” Jose said. IDL/rga

Duterte starts 2-day official visit to Malaysia; will have stopover in Thailand

Duterte, Widodo agree on case of Indonesians with PH passports

Read Next
2 HK nationals, 8 OFWs nabbed for ‘loan sharking’
EDITORS' PICK
House energy committee chair Arroyo bats for cheap electricity
vivo’s coming to town to grant wishes with more holiday promos
Pagasa: Warm, sunny Sunday in most parts of PH
EDITORIAL: To a bike-friendly future
The Best Tech Gifts For The 2022 Holidays
Is it safe to talk politics again at family gatherings? ‘The Reconciliation Dinner’ shows us what that’s like
MOST READ
LOOK: Vhong Navarro transferred to BJMP detention facility in Taguig
The Elephant Man in the Senate
Posh village as ‘shabu’ haven
LOOK: Zanjoe Marudo bonds with Ria Atayde, her family
Don't miss out on the latest news and information.