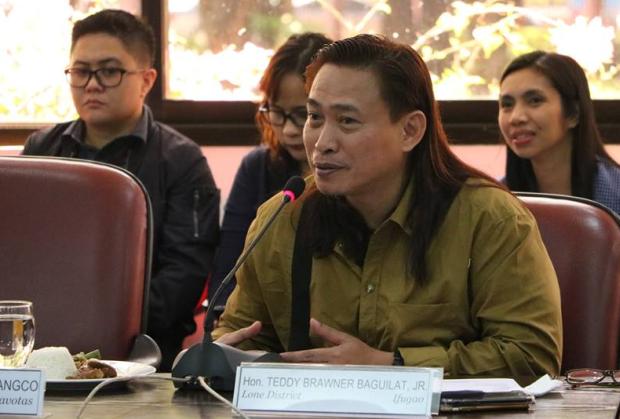 The Philippines might lose economic opportunities if the government revives the death penalty, a lawmaker said.

Ifugao Rep. Teddy Baguilat told INQ&A on Tuesday that lawmakers should take into consideration the “economic cost” of approving the proposed death penalty bill in Congress.

The United Nations High Commissioner for Human Rights has warned the Philippine government that it will violate the Second Optional Protocol to the International Covenant on Civil and Political Rights (ICCPR) if it reinstates the death penalty.

“In the Second Protocol, our obligation is to abolish the death penalty. And we have done that,” Baguilat said. “So now we are going to violate that treaty. And there will be economic repercussions.”

Baguilat explained that the European Union (EU), for example, has what it calls Generalised Scheme of Preferences.

“If you are able to meet 40 indicators on human rights and one of them is the abolition of the death penalty, then you get certain privileges in your exports to EU,” he said. “It’s not a sanction, but you lose your incentives. Opportunity costs.”

One argument that death penalty bill proponents are pushing for is that capital punishment will deter people from committing crimes.

“There is no empirical data that shows death penalty leads to less crime,” Baguilat argued. “We can show that in the years that we had no death penalty, the crime rates have actually been going down.”

“You have countries with no death penalty and the crime rates are really low,” he added.

Baguilat said what will deter people is the “certainty of being caught, being arrested, being prosecuted, being sentenced and being jailed and not being able to escape.”

The UN also stated in its appeal that there is no evidence that death penalty is a crime deterrent, instead there are cases that resulted in the death of innocent people.

Baguilat said the government needs to reform the justice system too.

“How sure are we that all those convicted and sentenced to death are really guilty?” he said.

He pointed out that President Rodrigo Duterte himself admitted that a large proportion of the police force is corrupt while Amnesty International has testimony that some policemen plant evidence to frame innocent people.

Baguilat also said he believes that all people, even criminals, have human rights.

“And the right to life is very important. That’s in the Constitution,” he said.

And how about overseas Filipino workers (OFWs) in death row? Baguilat asked.

“The state is always asking for them to be freed or given clemency. There are those who would say that they are innocent or they were defending themselves,” he said.

The lawmaker pointed out that the Philippine government will “lose the moral credibility to ask for that.” /atm