The United Nations High Commissioner for Human Rights, in an open letter, has warned the Philippine government that it will violate an international agreement by restoring the death penalty.

The House of Representatives justice committee approved on Wednesday a draft measure on the reimposition of the death penalty. House leaders hope to pass the bill on final reading before Congress adjourns for the holidays next week.

Zeid pointed out that the Philippines passed Republic Act 9346 in 2006, abolishing capital punishment. It also ratified the Second Optional Protocol to the International Covenant on Civil and Political Rights (ICCPR), which aims to abolish the death penalty.

“When a State ratifies the Second Option Protocol to ICCPR, it guarantees that no one can be executed within its jurisdiction,” he said.

“International law does not permit a State that has ratified or acceded to the Second Optional Protocol to denounce it or withdraw from it,” the commissioner added.

He said that there is no “denunciation clause” in the protocol “thereby guaranteeing the permanent non-reintroduction of the death penalty by States that ratified the Protocol.”

Zeid also said that the ICCPR, which the Philippines is a party to, only allows States with capital punishment to apply the death sentence for the most serious crimes.

“On various occasions, the Human Rights Committee has determined that drug-related offenses did not meet the threshold of ‘most serious crimes,’” he said.

He also said that the International Narcotics Control Board, which monitors State compliance with drug control treaties, “considers that the use of the death penalty for drug crimes is incompatible under international law.”

Zeid said that “decades of research” have proven that there is “no reliable evidence that the death penalty is an effective deterrent to crime.”

“What we do know is that executions have led to the wrongful killing of many innocent people across the world,” he said. “The use of the death penalty leaves no room for human error, with the gravest of consequences.”

He pointed out that statistics also show that death penalty “disproportionately discriminates against the poor and most marginalized individuals and subsequently results in social injustice.”

Stronger rule of law, an effective justice system and a strong public health approach are most effective in addressing drug-related offenses, Zeid said. 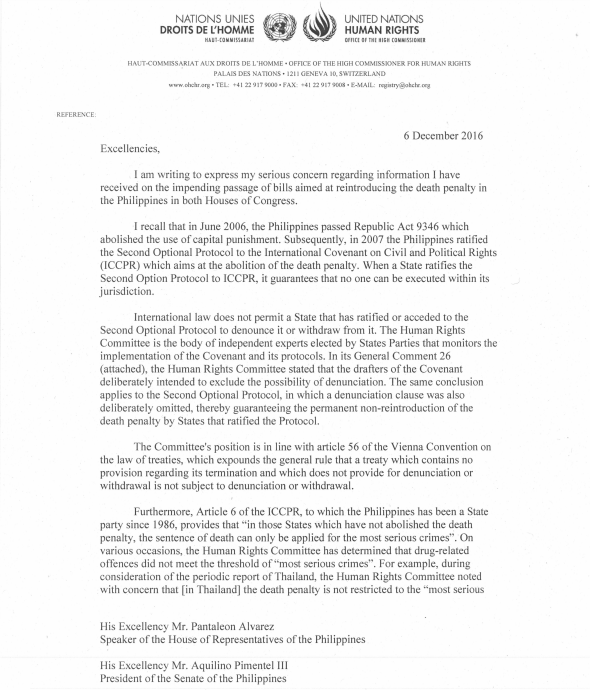 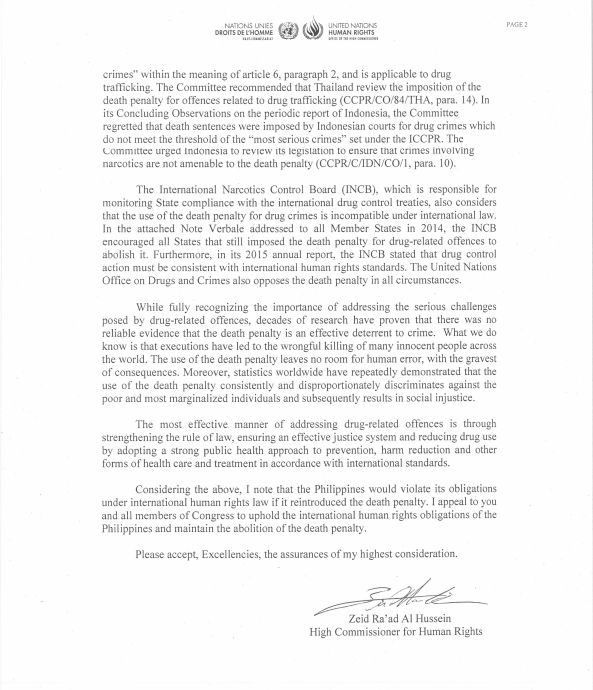