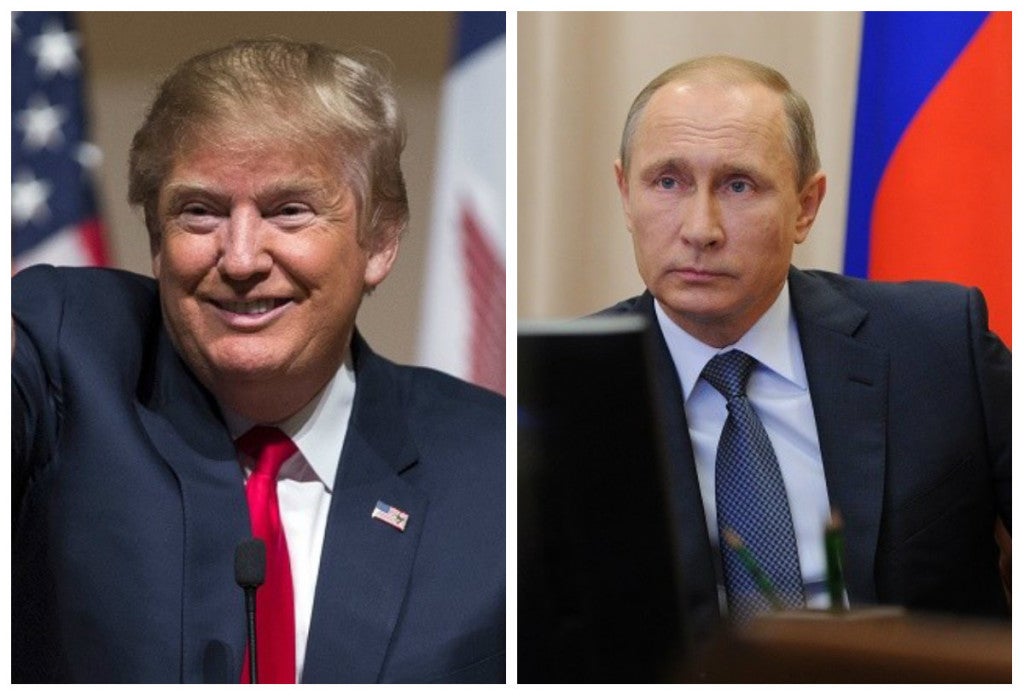 Who would President Rodrigo Duterte prefer as the next president of the United States—Republican candidate Donald Trump or Hillary Clinton of the Democratic Party?

Asked which presidential candidate he would get along with in the White House, Duterte on Friday said he was “better off in saying that my favorite hero is [Russian President Vladimir] Putin.”

“I would like to answer your question candidly, honestly, and truthfully. Problem is, personally, it doesn’t really matter much. But I’m a president of a country, and we have this splendid relation with America,” Duterte told a CNN reporter in Davao upon arriving in Beijing.

“And the fact that there are millions of Filipinos in your country… I cannot gamble an answer. Because either way, it would affect… they might create hostility and antagonism here. I’m better off in saying that my favorite hero is Putin,” he said.

After his meeting with Chinese President Xi Jinping, Duterte said he was also considering talking to Putin, adding that “there are three of us against the world—China, Philippines, Russia.”

The CNN journalist asked Duterte about his thoughts on being compared with Trump due to similarities in their manner of talking.

“Valid issues, actually. Trump is airing something which should also be a concern. One is terrorism. Everybody should be worried of terrorism,” the President said.

“Terrorism is there, and frankly speaking, I’d like to be honest with you…America somehow, not all, somehow proved to be the reason for the terrorism there right now,” he added.

In his state visit in China, Duterte declared his “separation” with the United States “both in the military and economics.” But the President later clarified that his remark did not mean severance of diplomatic ties, but a realignment of foreign policy not dependent on America.

Duterte said “it is to the best interest of the country that we maintain that relationship.” JE