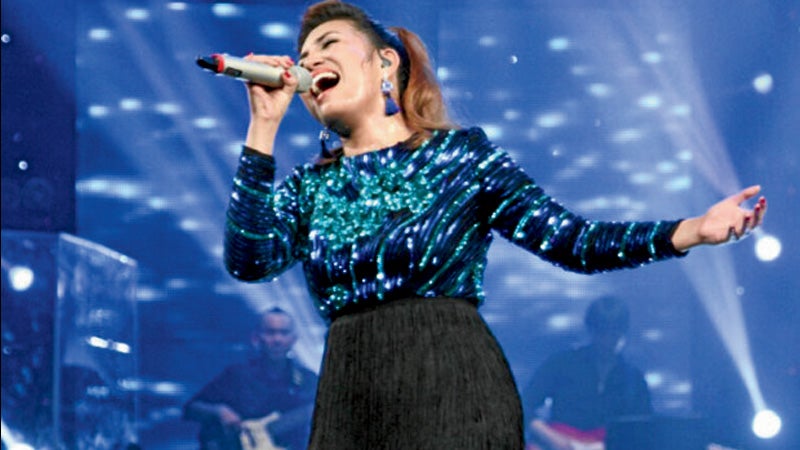 THEY told her she couldn’t make it in “Vietnam Idol,” a popular singing tilt. But 28-year-old Janice Buco was destined to prove them all wrong.

On Friday night, Buco wowed even her fiercest detractors and was adjudged the winner of the seventh season of “Vietnam Idol.”

She is the first Filipino and foreigner to ever join and win the contest, which only opened its doors to non-Vietnamese singers this year.

Buco, who adopted the stage name of Janice Phuong, chalked up her victory to sheer determination and a lot of guts.

“I didn’t have an inkling that I would win. I thought I’d only end up in second place because I was a Filipino and not Vietnamese,” she said on Saturday.

On the night of the finals on Friday in Ho Chi Minh City, she could not believe her ears when the host called her name as the victor, defeating a 22-year-old local.

“Up to now, it still hasn’t sunk in. I couldn’t help crying when they announced that I won,” she said.

She won 54.25 percent of the audiences’ votes with her powerful alto, taking home a cash prize of 600 million Vietnamese dong ($28,600). “Vietnam Idol” is based on the show, “American Idol.”

Buco, a native of Bohol province, has been staying in Hanoi for a couple of years with her Vietnamese husband, Minh Que.

She was supposed to perform for President Duterte when he visited and met with overseas Filipino workers in Hanoi last week, but her busy training schedule got in the way.

“I really wanted to perform for him. It would be a once-in-a-lifetime experience,” she said.

Before joining “Vietnam Idol” in March, she was making a living by singing in bars, while her husband was her band mate and a flamenco guitarist.

Her parents, Eutiquio and Honoreta, wanted to fly to Vietnam to see her perform but her father did not have a passport at the time.

“He told me, ‘You’ve reached your dreams. Don’t ever change.’ He even said ‘sorry’ because they were not here for me,” she said.

Joining the popular contest was unplanned. She and her Vietnamese husband were at the movies when they chanced upon the ongoing auditions for “Vietnam Idol” in March.

“I asked my husband to ask the organizers if I could join. He told me that I couldn’t since I was not Vietnamese. But it was open to foreigners, who could speak and sing in Vietnamese,” she said.

Their movie date had to give way for an impromptu audition as she rushed in, in unglamorous clothes and sans make up.

“If I went home to change, the organizers might change their mind,” she said.

For her audition, she sang a Vietnamese song, “Cam On Tinh Yeu” (Thank you, my love), while her piece for the finals was “Hello Vietnam.”

She was the only foreigner who auditioned, competing against local singers who obviously had better grasp of their native language.

Buco never expected that she would eventually make it to the list of Top 12 finalists, with the organizers assuming that she only sang English songs.

For her audition, she was even asked to belt out Filipino tunes like Freddie Aguilar’s “Anak” and “Sa Ugoy ng Duyan.”

Buco trained intensively for three months, leaving behind her work, and had to catch up on her halting Vietnamese. She also had to learn more Vietnamese songs.

It hadn’t been a bed of roses for her at all. Aside from singing in a language she was not very fluent in, she had to contend with bashers on social media, who told her that she didn’t belong.

“They told me that I shouldn’t have joined the contest and that only Vietnamese singers could win this contest. They even told me to go back to the Philippines and sing there,” Buco said.

Unperturbed, she went on with her training as the criticism only pushed her to try even harder.

“I was even more inspired to practice singing in Vietnamese. I wanted to show them that I can sing their songs as well,” she said.

Her husband, being a professional musician, also supported her by coaching her in Vietnamese diction to make her performance as natural as possible.

Victory became within reach when she ranked second, just a spot behind her 22-year-old Vietnamese rival, Viet Thang, from the northern province of Hai Duong.

On Friday night, triumph became officially hers when she was adjudged the best singer in the land.

“I was quite nervous before the performance. But I didn’t feel any shyness at all. I told myself, ‘Bahala na (Come what may)’ It turned out to be a great night,” Buco said.

As the newest Vietnam Idol, she will be managed by the organizers for the next couple of years—a dream come true for this Filipino woman who was unable to finish college due to poverty.

Buco is looking forward to jumpstart her professional career in music, with her husband by her side and her family in the Philippines cheering her on.

Just last week, she launched her first single: “Love You in Silence,” a melody with lyrics that are a mixture of Vietnamese and English.

To Filipinos in Vietnam who dream of joining singing tilts but are apprehensive in doing so, she has this simple advice: Muster your guts and courage, and dream big.

“If you really want to sing, you can’t be fainthearted. You really have to go for it. Like I said, ‘pakapalan lang ng mukha,’” she said, chuckling. TVJ

Filipinos in Vietnam swarm around Duterte for selfies