PH not ‘breaking away’ from US despite Duterte remarks—Yasay 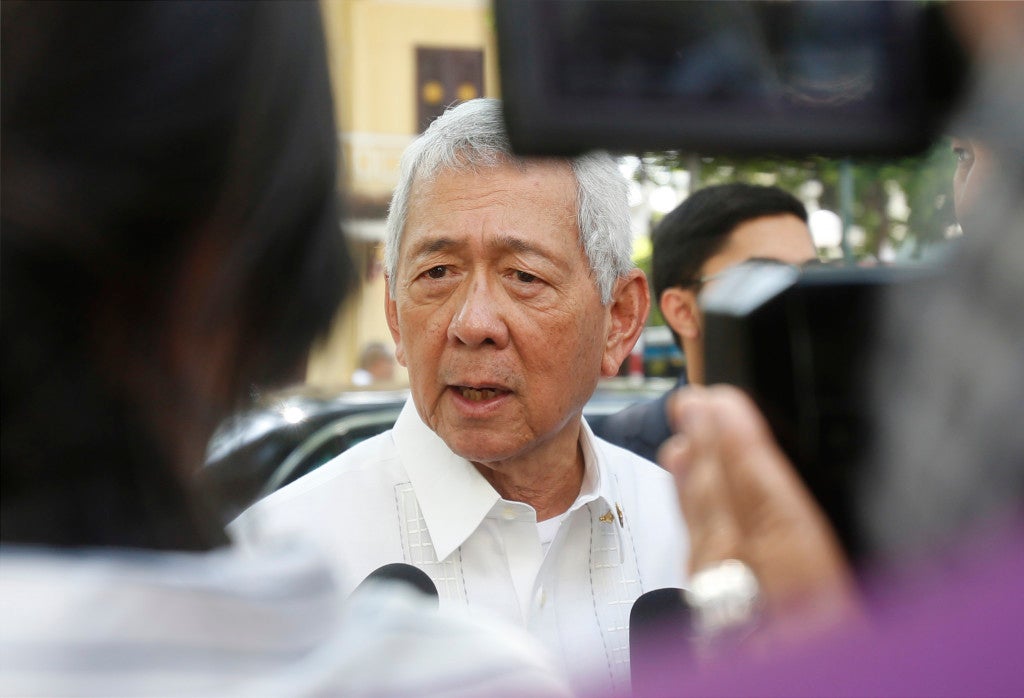 HANOI, Vietnam—Foreign Secretary Perfecto Yasay Jr. said the presidential pronouncement to end military drills with the United States does not mean the Philippines is breaking away from its American ally.

In a press briefing on Thursday, Yasay stressed that President Rodrigo Duterte’s declaration does not mean cancellation of any agreement or treaty with the U.S.

“It only means that when the Mutual Defense Board (MDB) in the future will make that recommendation, he will most likely, on the basis of what he said now, not allow joint military exercises,” he said.

On Wednesday night, Duterte told Filipino professionals here that he is ending the country’s joint war games with the US, with which the Philippines has a 65-year-old Mutual Defense Treaty (MDT).

Yasay initially claimed that he did not hear the President make the pronouncement, but he admitted that he may have been “too sleepy” because of jetlag.

The MDB evaluates and recommends on an annual basis the need to undertake joint military drills with the US in accordance with the MDT.

Yasay said the MDB recommended to then President Benigno Aquino III that joint drills be held in 2017.

“In my understanding that will take place because that has already been decided upon,” he said. RAM/rga